Release Day: The Case of the Voracious Vintner

The next installment of
The Middlemark Mysteries
is now available! 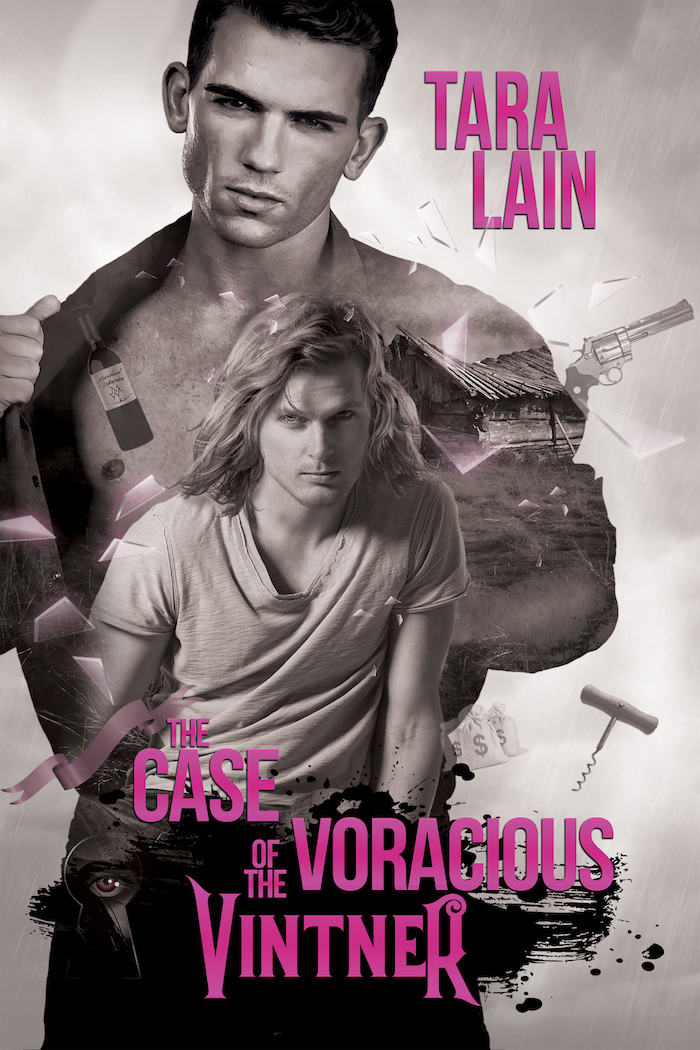 Where Bo Marchand comes from, gay men are just confirmed bachelors who never found the right girl. But now Bo’s a successful winemaker on the central coast of California, supporting his whole damned Georgia family, and all he really wants is the beautiful, slightly mysterious Jeremy Aames.

Jeremy’s vineyard is under threat from Ernest Ottersen, the voracious winemaker who seems to know all Jeremy’s blending secrets and manages to grab all his customers. Bo tries to help Jeremy and even provides a phony alibi for Jeremy when Ottersen turns up dead in Jeremy’s tasting room. But it’s clear Jeremy isn’t who he claims, and Bo must decide if it’s worth tossing over his established life for a man who doesn’t seem to trust anyone. When Jeremy gets kidnapped, some the conservative winemakers turn out to be kinky sex fiends, and the list of murderers keeps dwindling down to Jeremy. Bo has to choose between hopping on his white horse or climbing back in his peach-pie-lined closet.