Firefighters in Love—Tara Lain’s FAST Balls is Back and in #KU!

Hi. Almost all romance readers love a firefighter – or two. FAST Balls has it all. Two gorgeous firefighters, enemies to lovers, an evil preacher, some serious heroism, and all the heat that implies.

FAST stands for Firefighter Assist and Search Team and that’s what both of my heroes do. This book stars Jerry Wallender, the very popular secondary character in Fire Balls, but you don’t have to have read any of the Balls books to read FAST Balls. I hope you love it. 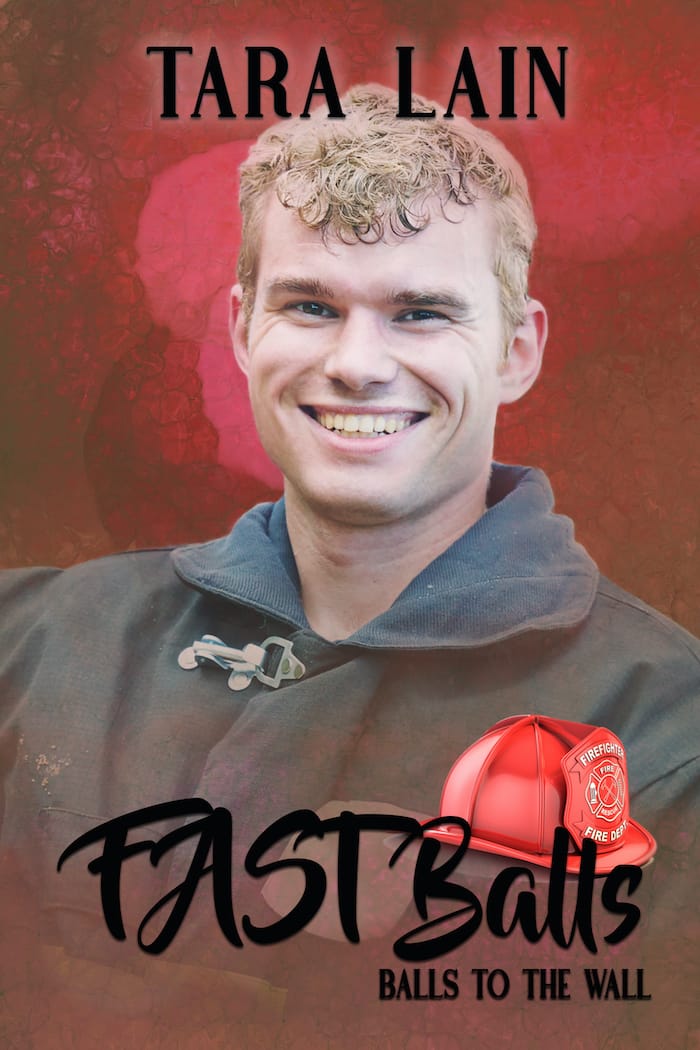 A Balls to the Wall Romance (Book 4)

Firefighter and surfing champion, Jerry Wallender, looks like a hero to the world, but he can’t see it. He keeps falling for these intellectual guys who end up making him feel dumb and unneeded.  On top of that, Mick Cassidy, super-gorgeous firefighter and total homophobe, makes Jerry’s life miserable with his slurs. Then one day Mick’s nice to Jerry and, at the Firefighter’s Ball, Jerry offers a helping hand and ends up with a hand-job. What the hell is going on?

Mick Cassidy is great with fighting fires and solving math problems but rotten with people. Raised by a gay-hating preacher, Mick’s carefully constructed world of gay bashing starts to crumble when he meets Jerry, the nicest, kindest man he’s ever known.  Mick’s never wanted a woman and can’t stop thinking about sex with Jerry. In fact, he can’t stop doing it. Does that make him gay? And if he’s gay, what happens to his whole life? A hook-up between sweet Jerry and mean Mick might be total disaster — or the smartest idea Jerry ever had.

The band got into the spirit and segued from the cha cha into a meringue. Jerry didn’t know this one as well but he mimicked Andres and pretty soon had the rhythm. Some people were standing around watching them while others joined in and danced. Andres was so gorgeous and so great at dancing. He even spun a couple of the women around as he danced by them and they squealed. What a charmer.

The musicians worked up to a big finish. Andres pulled Jerry in close then spun him out in a twirl. He circled twice, laughed, and…stopped dead.

Holy crap. Standing on the edge of the dance floor staring at the dancers with big green eyes was the yummiest thing he’d ever seen. Mick Cassidy, tall, straight and strong in a dress blue uniform, the light from the ballroom chandeliers shining off his pale gold hair.

Jerry glanced at the girl standing next to Mick. Really pretty in a blue dress. But nothing, underline nothing, he had seen in a long time was as pretty as that big, hunky homophobe. Mick might be mean as piss, as Hunter said, but he stood there proving that sometimes things that were bad for you are the ones you want most.

A hand on his shoulder woke him up. “You okay, Jerry?”

“Oh, sorry.” He turned and smiled at Andres, but man, it was hard tearing his eyes away. “I just saw someone I know.”

He headed back to the table and Andres stepped up beside him. “Was the person you know that golden dreamboat in blue by any chance?”

He wasn’t going to pretend he didn’t know who Andres meant. “Yeah, that’s the guy I was telling Rod and Hunter about. The one who was nice to me.”

“Oh guapo, he can be nice to me anytime.”

“I still haven’t figured that out.”

He’d been turned to stone. Hell, he had to move. This was stupid. Mick watched Jerry’s retreating back moving off the dance floor and saw him guiding a beautiful Mexican with him. Who the hell was that? Jerry had said his boyfriend had left him. He’d sure moved on fast.

“You know that guy?”

He glanced at Jezebel. Oh right, she was with him. “Yes, he works on my shift a lot of the time.”

Whoa. He used that word all the time but it sounded bad when she said it about Jerry. “Yeah, he’s gay.”

“Must be like your father says. You see a lot of gay guys in Laguna.”

“Yes.” It felt weird to have his father’s ideas dragged into his work life.

She looked out at the dancers. “I always figured what your father says is a load of crap. Gay people are born that way so it has to be God’s will and if it’s not then God’s a load of crap.”

Mick gasped and looked at her. Really looked. “I don’t believe you just said that.”