by Tara LainJan 4, 2021Balls to the Wall Series, Contests and Deals

You’ve probably heard all about it! The Winter Wonderland story Giveaway brings you almost 200 FREE and brand new original stories from gay romance authors, yours for the download!

My story in the Giveaway is called WINTER BALLS. WINTER BALLS is an age gap, don’t-judge-a-hero-by-his-khakis, right-hook, MM romance—with a lot of pansies.Be sure to grab your copy!

Here’s the link to the giveaway and the blurb for WINTER BALLS!

What if the “old guy” who lives next door turns out to be Prince Charming?

Cas Rhodes has told everyone he knows that his boyfriend Ronnie’s taking him to the Winter Ball, the biggest gay community event in Southern California.

But Ronnie’s a scumbag, and one right hook later, Cas gains a reputation as the Starbucks Marauder—and loses his date.

When Ronnie shows up for more scumbaggery, it’s Cas’s “old-guy” neighbor, Pops, who comes to the rescue.

Pretty fast, Cas learns to value people over stuff—and to look under the funny hat, uncut beard, and scruffy clothes. 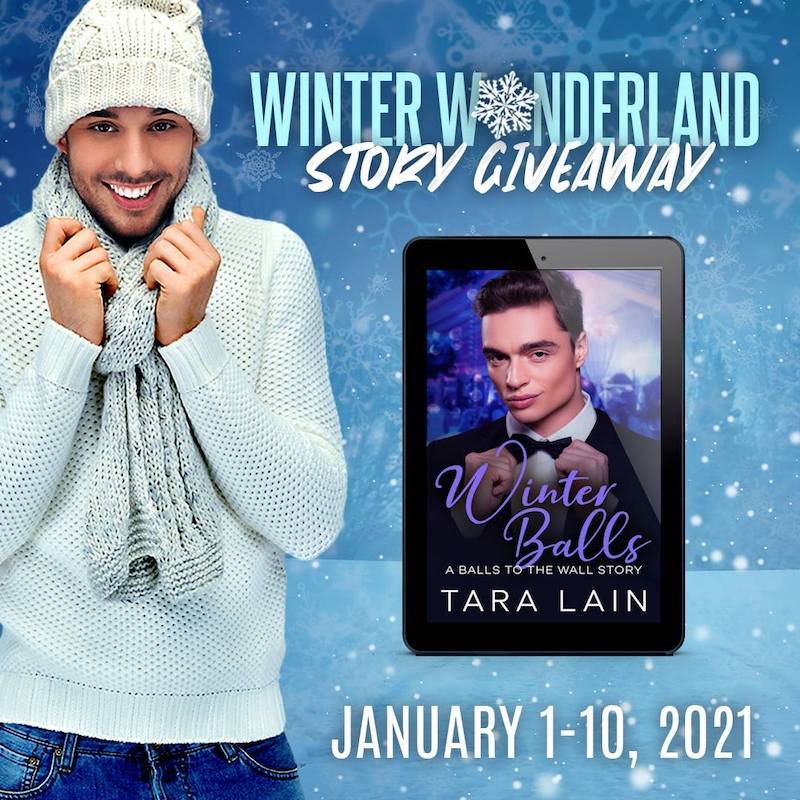 Go to the Giveaway!