One Year in Brigadoon 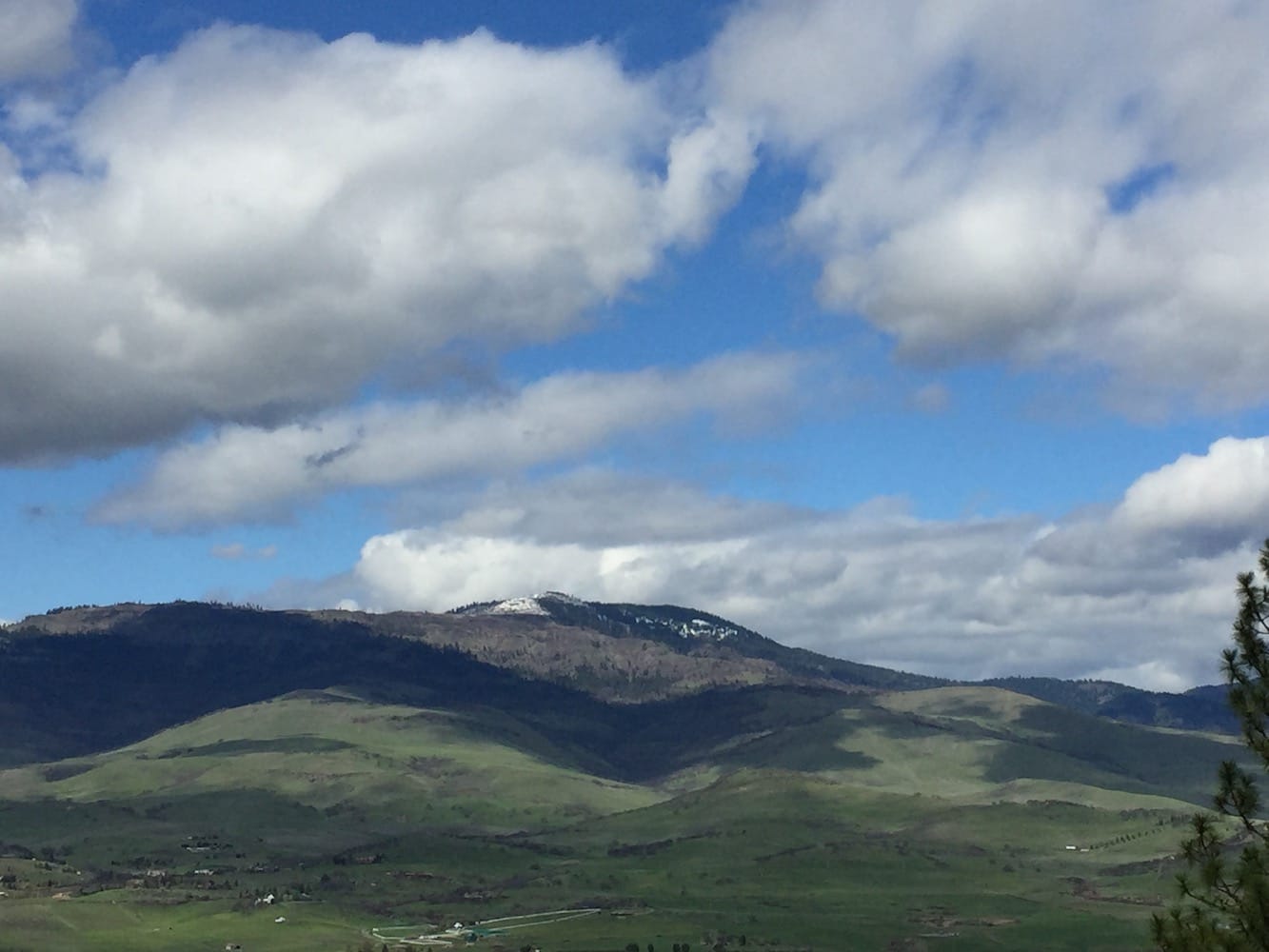 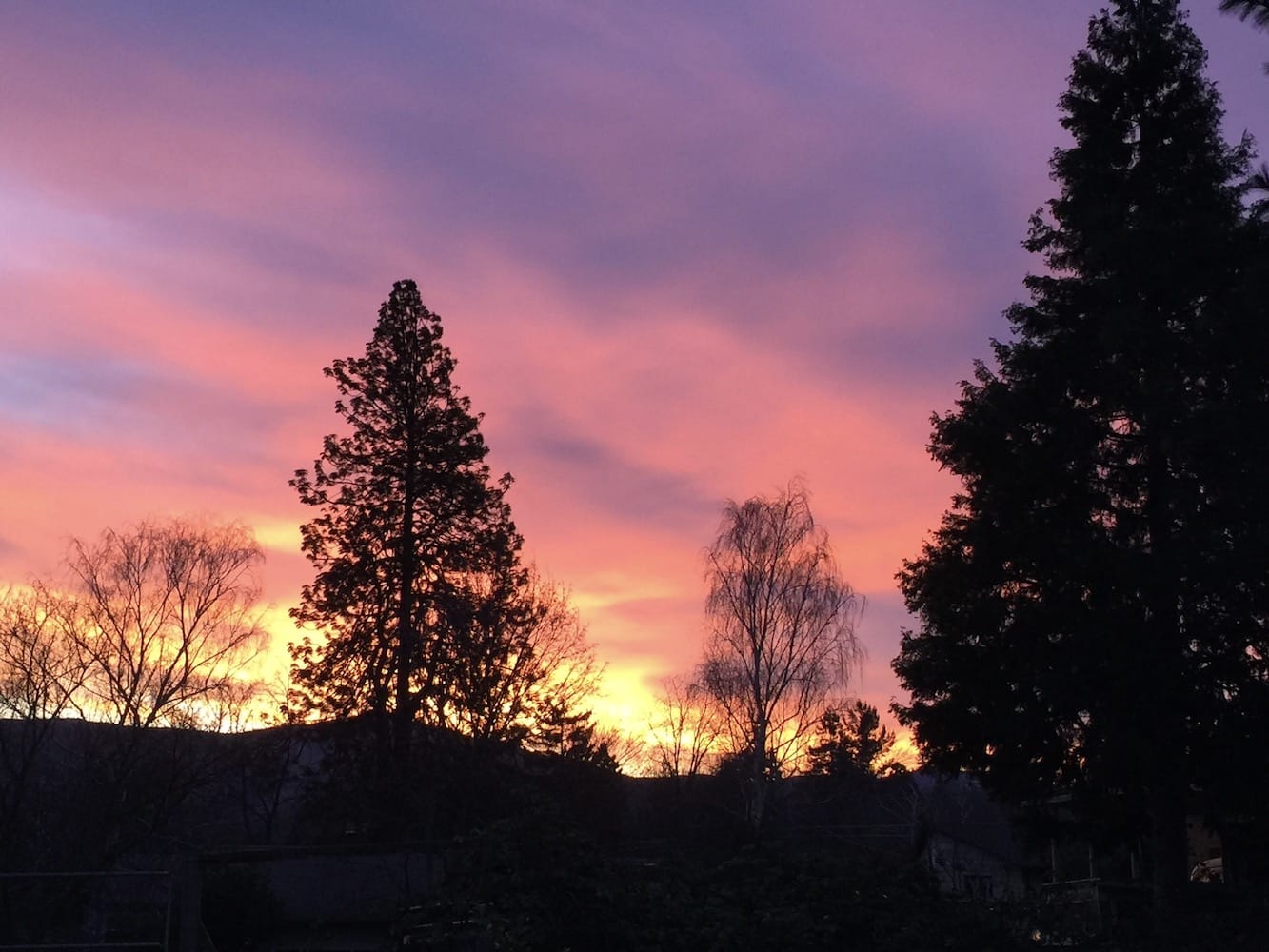 One year ago on April 15th (a Sunday), I hopped in my green Prius at 7AM with my hubby and our dog in our black Prius and, Starbucks loaded, we took off in our two-car caravan full of boxes on our drive to a new world and life. We left Southern California, where my husband was born and where we’d lived together as a couple for over 30 years, and drove 12 hours including stops for food and gas, arriving in Ashland, Oregon at 7 PM. We moved into a hotel where we planned to stay for 10 days. Things didn’t quite work out that way and we ended up living in that hotel, with our California home sold and what we thought was our Oregon home not closing escrow, for two full months until the middle of June when we moved into an entirely different home that we picked in a day – and now can’t imagine living anywhere else. But that’s not what this story is about. It’s about finding, amazingly and late in life, a place you belong.

I’m not attached to places. I’m an Army brat who lived in three countries before I was a teenager, was in 13 schools in 11 years before college, and always considered places something to leave. It always intrigued me that I lived in California a huge chunk of my adult life – 28 years in Laguna Beach alone – and yet as places went, I never adored it. Too many cars, too few trees, too much hot wind and not enough green and rain. But so what? Friends and family make a place and I had both in California.

My hubby had always said he didn’t want to live out of sight of the ocean. That’s pretty limiting in terms of places to settle, so I would have been perfectly satisfied staying in southern California forever – until he changed his mind. The traffic got worse and my honey got madder at it. One day he announced he was over the ocean. The world opened up. We’d been to Ashland a few times to see the fantastic Oregon Shakespeare Festival and we had a friend who kept sending us photos of trees and duck ponds. Spontaneously, we decided to fly to Ashland and look at it with new eyes. We even looked at houses and suddenly we were talking about how this might be a place to love – someday, like a year or two away.

And then the universe said – Go! My husband’s brother and his wife moved in with their very elderly father assuring his care. My husband’s business came to a lull. And we both decided we wanted less cars and more trees. Three months after our “someday” trip, we put the house on the market and, two months after that, we were driving having supervised loading of a huge moving van carrying all of our stuff.

Despite the hotel stay, it was spring in Ashland, and that’s a daily miracle of blooming, color riots and sweet smells. Very quickly, we fell in love with the freshness of the air, the charm of a true town with no chain stores or shopping malls, but lots of green parks and a gorgeous stream running through it. Then we moved into the house we decided to buy in one day and realized that fate, luck and love had brought us there, where we get to watch a view so spectacular it’s better than TV and deer and turkeys run through our yard daily.

We can be in some of the best plays in the work in ten minutes, walk to a brilliant art gallery, and hear wonderful music in concerts and symphonies. There’s a film festival, a cheese festival, a chocolate festival, and a 4th if July parade so amazing it should be in a movie. And my favorite thing – I can walk almost everywhere.

Our friend who helped lure us here says Ashland is Brigadoon, the mystical place said to appear out of the mist every hundred years and only the blessed get to see it.

I am right and truly blessed. I’ve already written two stories set in Ashland. Watch for Home Improvement – A Love Story that you can preorder now for July release, and The Fairy Shop, a novella releasing as part of the Advent Calendar at Dreamspinner Press for the holidays.  : ) 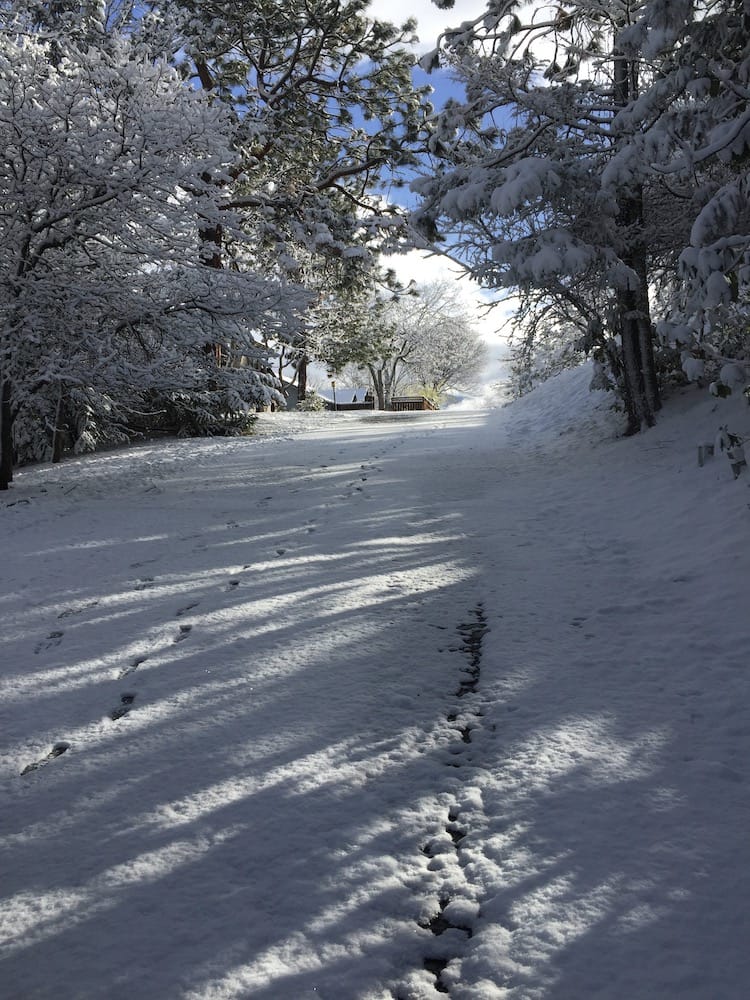 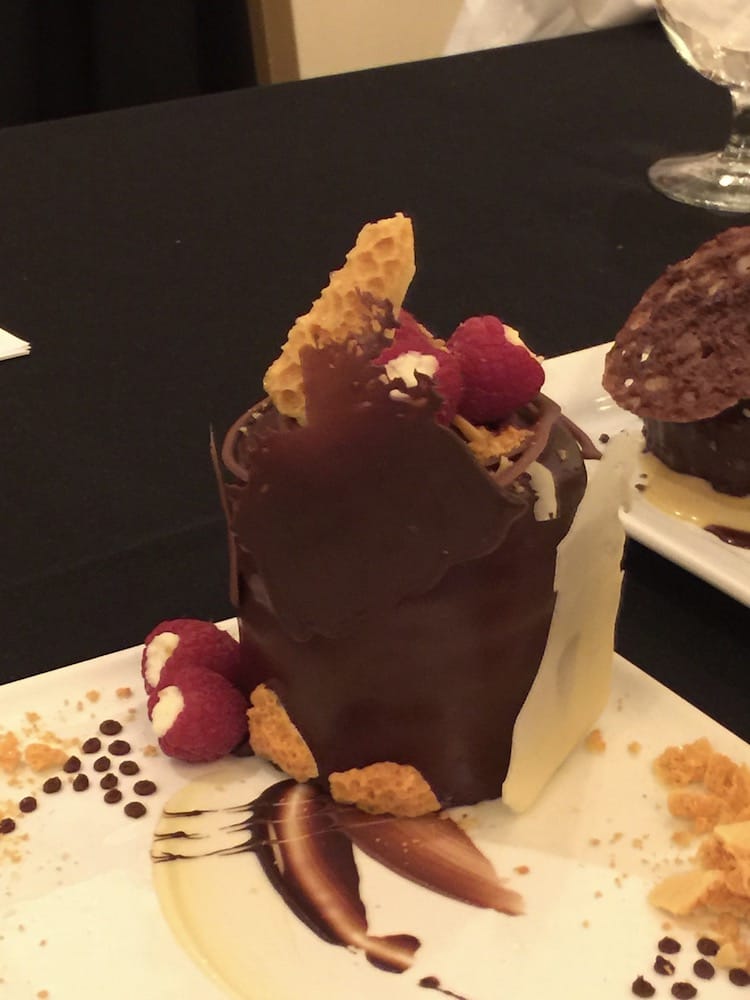 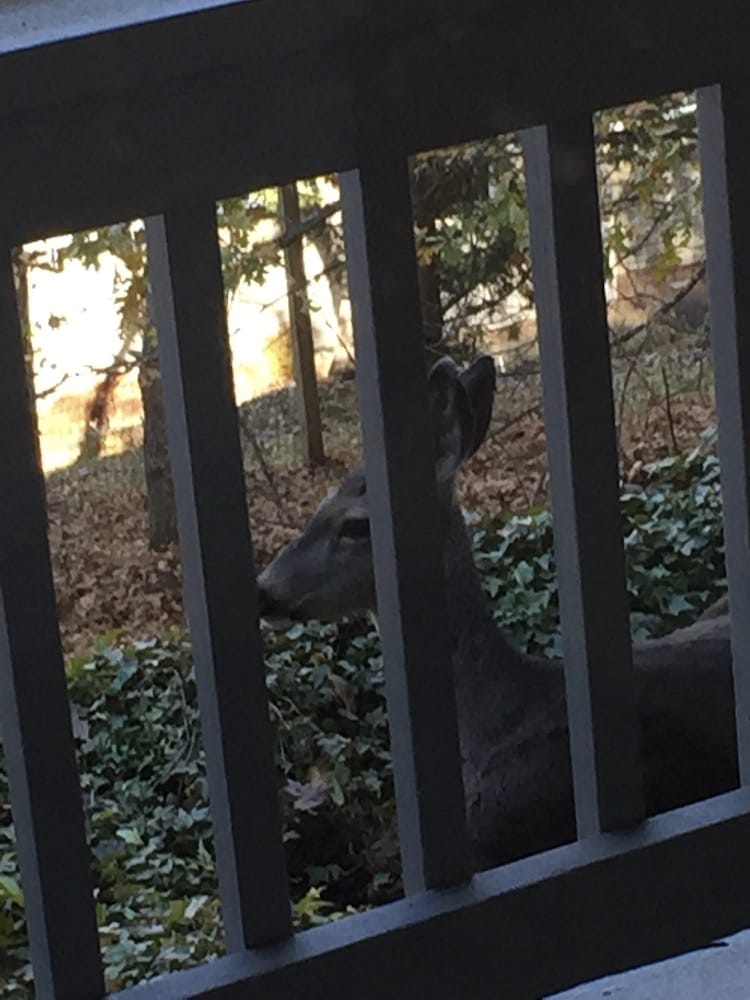 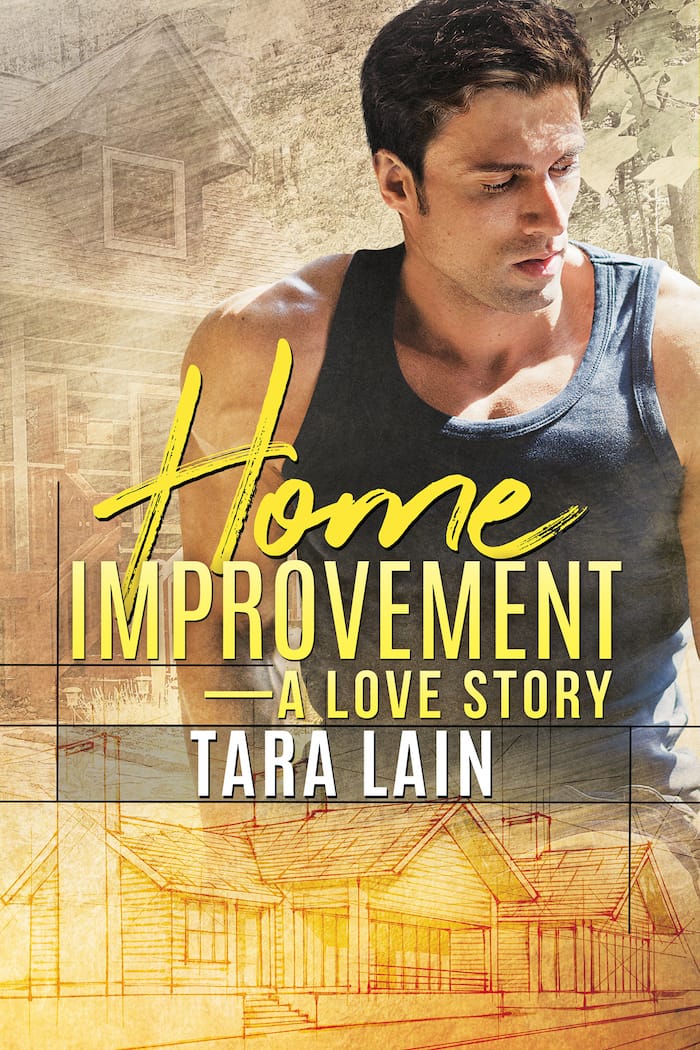 Romance on aisle 16 as regular guy Gabe falls for Jerry who is so not who he seems to be.

Gabe Mason became a father at seventeen, and his daughter, Ellie, is the most important thing in his life. But being the parent the courts demand means Gabe has given up most of his dreams—education, making furniture, a gay social life—to be a model dad with a steady, reliable job in a home improvement store. Life’s predictable until Jerry, a shy, eccentric guy in a hat and sunglasses, begs Gabe to oversee the renovation of his run-down mansion.

Gabe loves the house and the work, and Jerry’s pretty lovable too, but when Gabe discovers Jerry’s secret identity, he fears their passion could overturn both their lives forever.