Today we’re celebrating the release (or actually re-release but it’s been a few years off the market) of THE PRETTY BOY AND THE TOMBOY. This book was originally titled Deceptive Attraction, and if you read it back in 2012, there’s no need to read it again – unless you want to.

This is the third book in the Genetic Attraction series but is totally standalone. If you’ve read THE SCIENTIST AND THE SUPERMODEL  ( If you haven’t, I’m running a 99 cent special on it on March 3 March 4), you’ve met the totally charming Cal Martin, younger brother of Jake, and the guy who steals a lot of scenes. THE PRETTY BOY AND THE TOMBOY is Cal’s love story and, like most of the books in this series, it’s a MMF ménage. If you’re not familiar with the terminology, it means everyone in the trio is in love with everyone (and has sex with everyone).

As the new title implies, this book brings together three unlikely characters – an up and coming soccer player, an androgynous carpenter (the pretty boy), and a midwife who works in Africa (the tomboy). THE PRETTY BOY AND THE TOMBOY is available on Amazon in both ebook and print and in KU. 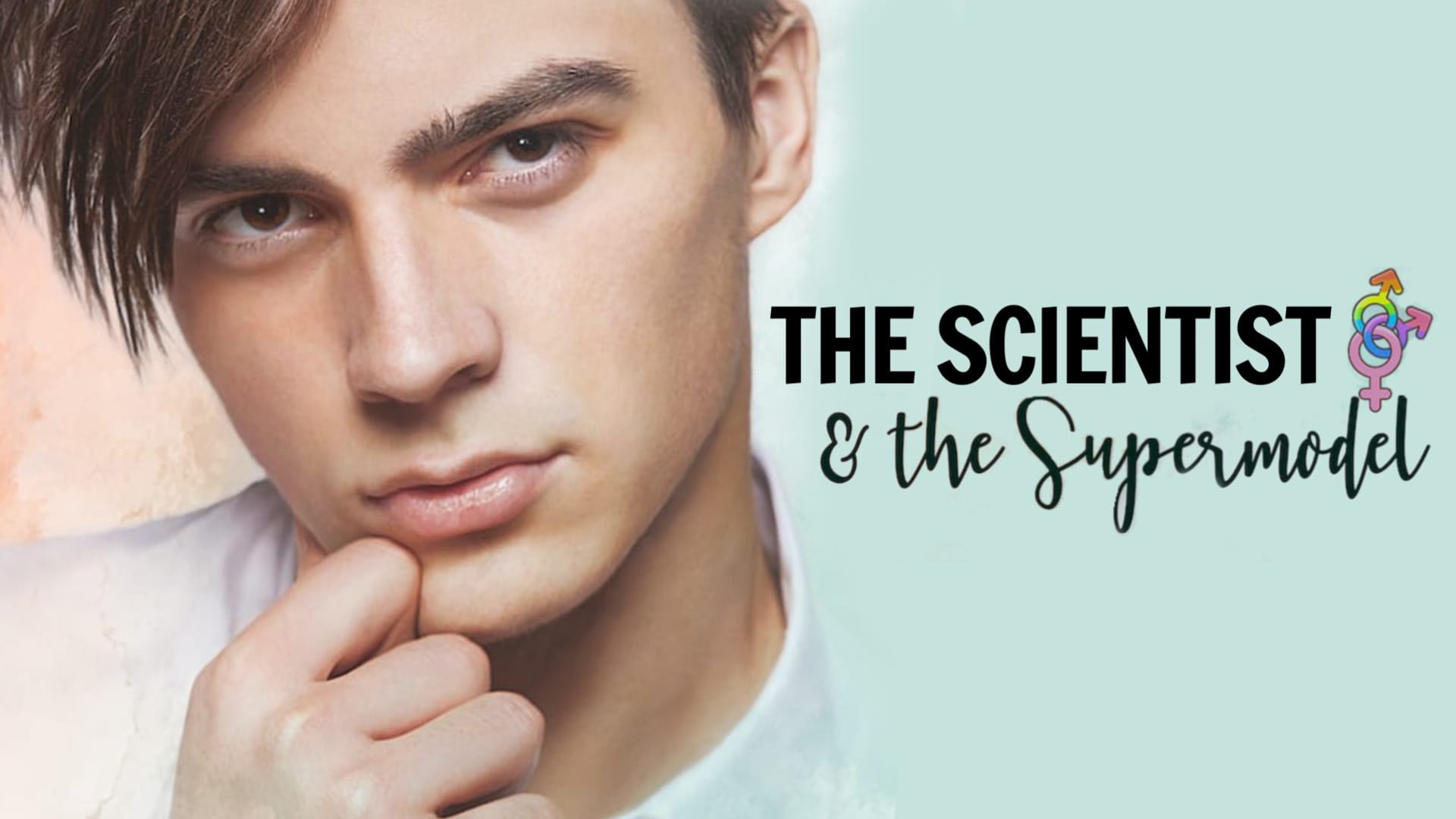 The Scientist and the Supermodel, Book 1 of the Genetic Attraction series, is on sale for just 99 cents March 3-4. 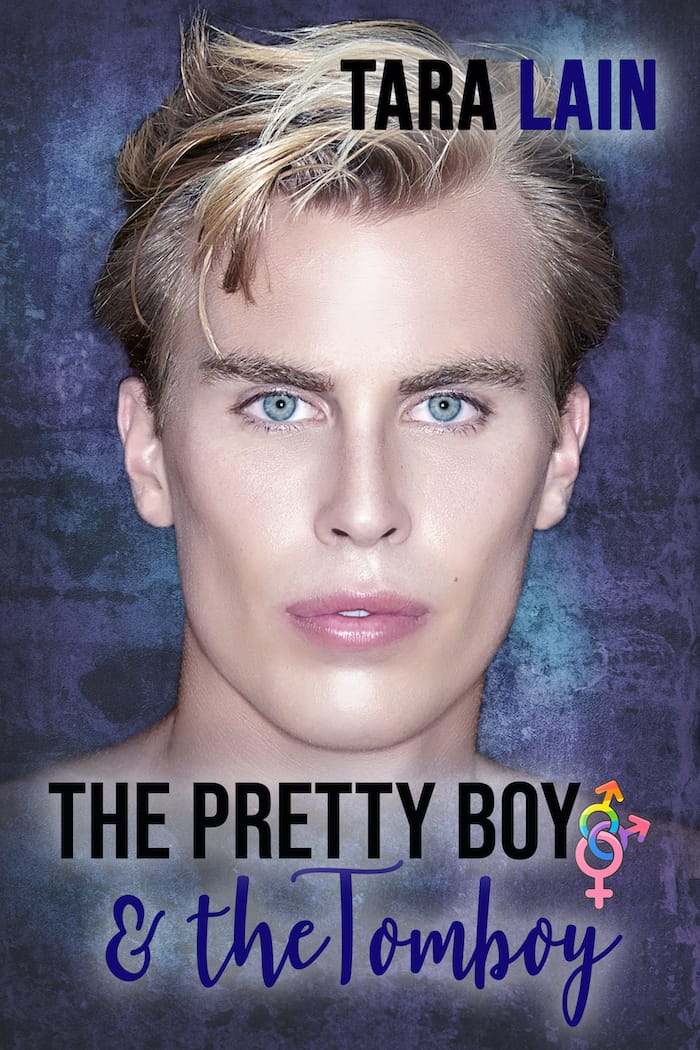 Caleb Martin faces a life crisis — and he’s pretty embarrassed about it. A talented soccer star, he has the chance to sign a lucrative five-year contract and be rich and famous. Two problems – Cal’s gay and signing the contract means he has to stay in the closet, maybe for life. Plus, he’ll have to spend his years diving for soccer balls when he’d like to be helping people like the rest of his family.

A one-night stand with a beautiful man rocks Cal, but the mysterious guy vanishes only to reappear where Cal is house-sitting. Too much coincidence? And then a cute tomboy throws Cal’s life choices into confusion. How could he wind up with a commitment phobe and a woman dedicated to her work in Africa? To top it off, there’s a big surprise in a snowstorm.

One commenter will WIN a $7.00 Amazon GC. In this book, there’s a big surprise and turning point in a massive snowstorm. To win the GC, just leave a comment on this post telling us of your most surprising weather related event

Excerpt from The Pretty Boy and the Tomboy

The guy was looking down at his beer, but Cal still got a good look at the profile. Wheat-colored ringlets stood out from his head, framing a sharp, slightly upturned nose and bright pink cheeks. Not made-up, probably flushed from the heat and attention. Shirley fucking Temple. No, that made him sound cutesy and this guy was not. He was sexy as hell. The man picked up his beer bottle and took a swig. One of the guys near Cal actually sighed. Yeah, who wouldn’t want those pretty, pouty lips wrapped around their dick?

And then there was the body. Small, slim, but pure male. The hands around the beer bottle looked rough and calloused, like they’d scrape your butt real nice if he grabbed you. His forearms under the pushed-up sleeves of his blue T-shirt were lean, but ripped and muscled. Shit, what did Jake call Roan? Sex on a stick. No wonder these guys were drooling.

One of the admirers Cal didn’t recognize was saying, “C’mon, beautiful. Your boyfriend must’ve stood you up. Which means he’s fucking crazy and doesn’t deserve you, so let me buy you a drink, okay?”

Another guy chimed in. “Or me. Am I your type?”

Wow. So with all this adoration, the pretty boy was still buying his own beer.
Ringlets said something, and Cal moved a little closer to try and hear. The man standing in front of him looked up. “Hey, Caleb.” He frowned a little, clearly not wanting any more competition. “What are you doing here?”

Yeah, what was he doing there? Eavesdropping? Satisfying his curiosity? Or nurturing the raging hard-on pushing against the zipper of his jeans? The fact was, he hadn’t had sex in weeks and hadn’t had satisfying sex in — shit, forever. He wasn’t really the bar-pickup type, but the blond was something special.

He started to answer, but suddenly the guy at the bar turned on his bar stool, and Cal got the front-on view for the first time. Holy fucking gorgeous. Cal was staring directly into the tawniest pair of golden eyes, like some kind of cat. Yeah, the cat that ate his voice. He couldn’t speak. Just stood there like someone had struck him dumb. The man smiled. Deep dimples appeared in the pink cheeks. That put the finishing touch on the hard-on.

“Caleb.” How did he know his name? He must have heard the other guy say it. The blond’s voice was soft, a little high, somehow appropriate to his prettiness. He said Cal’s name somewhere between a question and a sigh. He looked around at the other men. “You see, I told you I was waiting for someone.”

“Well, why the hell didn’t you say you were waiting for Martin?”

“Some guys have all the luck.”

“Hey, Cal, why’d you keep your date waiting, you asshole?”

At a loss was too mild a description. But the guy had things under control. He stepped off the bar stool — long legs made him a little taller than Cal had guessed, probably about five feet ten — and extended his hand to Cal. “So now that you’ve kept me waiting and made me lead on all these handsome guys, I figure it’s time you dance with me.” The golden eyes stared at Cal as if daring him to deny that they were a couple. Hell, Mrs. Martin didn’t raise any dumb sons.

Cal took the man’s hand, just as rough as it looked, and after a pause to stare down at the disappointed faces, he pulled the guy toward him, wrapped an arm around his lean shoulders, and turned toward the tiny dance floor. The other men grumbled but backed off.

When he and the pretty boy had moved in among the other dancers, Cal turned toward him. Golden eyes gazed up at him. The man held up his arms, ready to let Cal lead. Good. He slipped his arms around the slender body and moved them into a gentle rock. Cal was no great dancer, but fortunately this dance floor didn’t allow for much in the way of ballroom style.

They both spoke at the same time. “You want to explain what –”

“Thanks for going along –”

The guy smiled up at Cal. “Thank you for going along with me. I was telling the truth; I was supposed to meet a friend here, but he didn’t show.”

Cal got an appraising stare. “No. I don’t do lovers. It rhymes with commitment.”
All righty then. “So your friend…?”

“Yeah. I was planning on killing him the next time I see him for leaving me here alone, but…” He looked at Cal with a soft smile. “I think I changed my mind about that. I’m Elijah, by the way. Eli.”

“Caleb. Cal. I guess we’d better not shake hands, or we’ll give ourselves away.”

“No shaking of hands required.” Eli molded his body to Cal’s. Cal could feel the man’s hard cock pressing against his thigh, and wished for the first time in his very tall life that he was shorter. Man, he would like that hard rod pushing against his cock. Shit, he should run. He could sense this pretty boy was way out of his league in terms of experience, since Cal had only had one committed relationship and a couple of short-term affections. The guy might even be a player, though his reluctance to let his admirers buy him drinks didn’t suggest that.

But Cal knew he was thoroughly and righteously hooked. He might not have known his type until tonight, but the fact was, Ringlets was his idea of perfect. No, he wasn’t going anywhere.