Blaine paused in his steps just long enough for Aloysius to sail through the air from the top of the cabinet and land on his shoulder. He reached up and scratched under the sleek, black chin and got the expected purr. “Sorry guy. I know you’re not getting enough attention, but we’ve got shit to do.”

Carrying Aloysius, he walked into the kitchen where Jimmy and Lavender Janx were bending down, staring into the open oven.

Jimmy stroked a hand over Lavenders rigid back. “It’s okay, honey. I told you not to do it this way.”

Lavender stood to her not inconsiderable height holding a square pan she held with oven mitts in front of her. Okay, it was in a baking dish. Beyond that, it’s identity failed. Black, oozing some kind of gelatinous mess from its center, it looked like a candidate for the trash can.

Blaine tried not to laugh. “One of your potions go wrong?”

Lavender flashed her brilliant pansy-colored eyes at him. “I’m a failure as a woman. I can’t bake a damned cake.”

Blaine gave in to the grin. “Fortunately you don’t have to succeed as a woman — ” He made quotation marks in the air. “ — since you’re the greatest witch of your generation.”

“Humpf. If you don’t count the birthday boy.” She set the mess down on the counter and crossed her arms. “I really wanted to make him something with my own hands.”

Jimmy said, “How about you conjure him something with your own hands? Blaine needs the oven and we need to get home.”

“Ooookay.” She stared at the failed confection then up at the cat. “Come on Al, give me a boost.” She waved her hand, Aloysius’s blue eyes glowed and the burnt cake transformed into a breathtaking pillar of frosting and flowers.

Lavender gave him a look. “Sorry to be challenging your physicist convictions so blatantly, dear. But desperate times and all that.”

“Sometimes it’s tough being the only human in this gathering.” That thought had a devastating ring of truth.

Jimmy said, “We’ll see you tomorrow for the community party. We ordered a cake from the bakery for that one.”

Lavender gave him a scowl and grabbed her purse from the counter. “I hope this one tastes good anyway. You two have a lovely private birthday.” She waggled her eyebrows. “I guess I should have said you three.” She walked over and gave Aloysius a scratch behind his ears. “Night Al. See you tomorrow.”

Blaine walked Jimmy and Lavender to the door.

Jimmy said, “Do you think Killian will be surprised?”

“I hope so. He knows about tomorrow but not tonight.”

“I wish I could see his face.”

Blaine smiled. He was glad no one would see Killian’s expression but him since he planned to do some serious kissing on that face. “Thanks for the lovely cake. Killian’s going to love it.”

“Way more than the other one.” Jimmy laughed and Lavender gave him a smack on his arm. He chuckled all the way down the stairs.

Blaine closed the door and hurried back to the kitchen, still carrying Al. He glanced at his watch. Three o’clock. Killian got out of his last class at five. Perfect. Blaine took out the beef roast he’d had sitting in herbs in the refrigerator and set it on the counter.

The oven was still warm from Lavender’s cake efforts, so he set it to preheat and retrieved the mashed potato casserole and the salad makings. A few minutes later, the roast was cooking, the salad was made, and the table was arranged with the fresh flowers he’d bought as a centerpiece. Champagne chilled in the refrigerator. As a piece de resistance he grabbed a package of confetti and put it on the coffee table so he wouldn’t forget it. He’d station himself beside the door and be ready with a shower of golden flakes when Killian entered. See, even humans can be tricky. He chuckled.

“Hey guy, I think we can sit for a while.” Blaine grabbed his latest physics journal, flipped off his shoes, and flopped on the couch. Aloysius jumped from his shoulders and staked out his lap. He started to read.

The sound of the key in the lock shot through him like a witch’s spell and his eyes popped open. Killian! Damn I fell asleep.

He leaped from the couch getting a wail from Aloysius, grabbed the confetti package and ripped it with his teeth as he took two giant leaps toward the door and felt his legs crumbling under him. Clearly the most asleep part of him. Flailing like a windmill, he glanced up into Killian’s surprised blue eyes as he fell in a heap to the floor, simultaneously throwing a handful of confetti in a move that rivaled a major league pitcher – but with far less effect. It plopped to the rug in a damp wad as a crash sounded behind him.

“Blaine! Gods man, are you okay!” Killian fell to his knees beside Blaine, his mane of pale hair whirling around him. Killian even looked good when he was about to have a coronary.

He sighed. What a loser. “I wanted to surprise you and I fell asleep – mostly my legs fell asleep.”

Killian’s lips pressed together. Clearly he was about to split a gut – the witch. “Well, you certainly surprised me.”

Blaine reached up, wrapped his hand around Killian’s neck and pulled him down until they were nose to nose. “Happy Birthday.”

“Thank you. This will be the happiest – uh, do you smell something burning?”

“Shit!” He leaped up, slamming their noses together.

“I’ve got to save my roast!” He jumped to his feet, found them working again, and ran to the kitchen. A trail of wispy gray drifted out of the oven door. “Shitfire and damnation!” He pulled open the door, smoke pouring out. He reached for the vent just as the fire alarm started blaring. “Crap!”

The phone rang and Killian ran to grab it. “No, no. I’m sorry. It’s just a burnt roast. False alarm. Yes. Thank you.”

Just a burnt roast. Stupid, but he kind of wanted to cry. His beautiful dinner, wrecked.

Killian walked up beside him, Aloysius on his shoulder, and stared into the oven at the remains of the meal. “That just needs a little magic.” He waved his hand and the roast returned to browned perfection.

Blaine sighed. “Why do I even try?”

Killian wrapped his arms around him. “But I love that you tried. I could never have cooked that roast in the real world.”

“Obviously, neither could I.”

Blaine looked at Killian, his eyes glancing over his shoulder and – no! “My table.” Somehow in the melee, something had hit the flower vase he’d used as a centerpiece. Wilted flowers lay across the plates and on the floor, water dripped from the tablecloth.

Killian followed Blaine’s line of sight. Without taking his hands from Blaine’s shoulders, he flicked his fingers and the table rearranged. Even the flowers looked fresher. “Come on.”

Killian wrapped an arm around Blaine’s waist and walked him into the bedroom. Leaving Blaine standing, Killian ambled into the walk-in closet and pulled off his shirt revealing his smooth, white skin molded by subtle musculature.

Blaine couldn’t contain the grin. “Can I help with that?”

“How about you remove your own shirt – very slowly?”

“No. Actually, you don’t.” Killian raised a hand and Blaine’s shirt untucked, unbuttoned and flew to the corner chair where it lay itself down.

Blaine laughed. Killian didn’t show off his magic much. They mostly lived like humans. But it was pretty impossible for Blaine to forget his husband was the most powerful male witch in ten generations.

Killian shook his head. “Still too many clothes.” Blaine’s belt unwrapped itself from his waist like a skinny python and flew to the chair, followed by his jeans that slid down his legs then seemed to wait patiently for him to step out of them before joining the shirt and belt.

Killian had stripped to the skin and walked toward Blaine, his body showing an interested but not demanding condition. He pulled him down on the bed and rolled him to his back. Killian lay over him, peering into Blaine’s face. “Tell me what’s wrong.”

“No fair. You’re wearing your most persuasive outfit.”

“Well, it is my birthday suit.” He smiled.

Blaine snorted but then he gazed into Killian’s eyes. “You and Jimmy and Lavender, even Sammy, are so amazing and capable that I feel kind of inept sometimes. Don’t mind me. It’s a human thing.”

Killian tucked his head into Blaine’s neck and spoke softly. “Listen my human, there’s only one true magic in the world and you’re the master of it. Everything we see, touch, taste and hear is made of love, the fabric of the universe. Your love quickened me, made me the witch master, and shapes every power I have. Nothing in my world is stronger.” The sound of thunder rumbled above the building.

Blaine’s heart wouldn’t fit in his chest. “I love you, Killian. You opened my eyes and showed me the true wonder of the world. “

“When I’m with you, nothing holds back the power.”

Blaine smiled. “I’d like to take this symphony to new heights, but I seem to remember a perfectly cooked roast and a perfectly set table waiting for us.”

Killian laughed. ”I’ll bet I can reheat it.”

Blaine joined in. “Or I can call for pizza.”

Their lips met as Aloysius calmly chewed his next bite of roast. 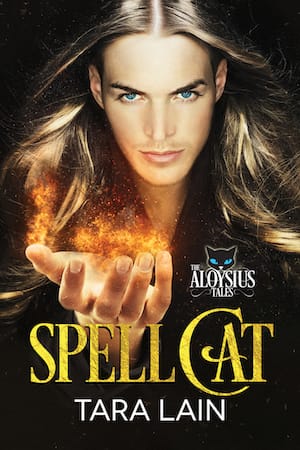 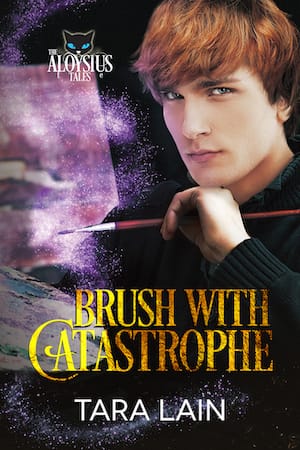 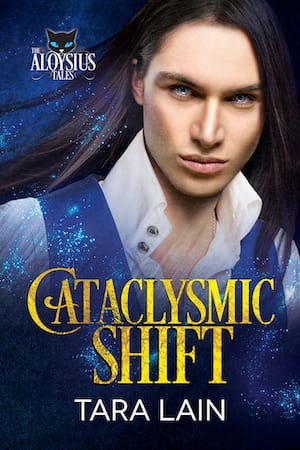