Hi. It’s coming soooon. My new romance, PASSIONS OF A PAPILLON releases on January 21. You can preorder now. (Pssst, it will be going into KU)

Here are a few fun facts – 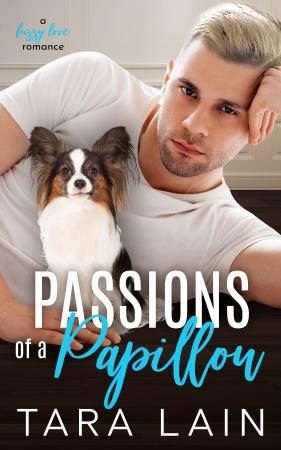 Here’s a snippet to reveal a bit about my hero, Finnian Rainbow Morgenstern –

At twenty-six, he already commanded a salary and bonuses that most people would never dream of, much less realize. Am I really thinking of giving it up?

“Oh, sorry, girl.” Finn hurried to the cabinet and pulled out Bat’s dry food, then added some torn-up turkey slices to the food and mixed it together. After that, he refreshed her water dish from the filter and put both bowls on the floor by the laundry room door. “Enjoy.”

She daintily approached the bowls, sidled up, and sniffed.

Finn gave her a soft, sad smile and walked back to the stairs to get to his room. When he heard clicking on the hardwood, he looked back to see her following. Weird. Weren’t dogs supposed to be ravenous eaters? He had friends who described their dogs consuming a can of food in two bites. Not Batshit. She always seemed confident that there’d be more where that came from.

Pulling down a wooden hanger in his closet, he carefully hung up his gray Valentino suit, then dropped his white shirt in the dry cleaning basket. His shorts went in the wash, then he pulled on his black silk lounging pajamas, padded downstairs and called the delivery service to bring his favorite capellini with chicken, spinach, and feta cheese from Mario’s. A combination of the lunch he missed and dinner. Pouring a glass of red, he settled on the couch.

Batshit came in, licking her chops, and proceeded to jump up next to him and wash her face, catlike, quite thoroughly.

Gazing around the room, Finn assessed the stuff of his existence. He lived well. Not sumptuously like Mrs. Eperstein, but way more comfortably than the average guy on the street—and he enjoyed it. But deep down, if he examined his heart, he didn’t enjoy defending scumbags like Rance Franklin.

The cell rang, and like she had Finn-crisis radar, his mother’s name flashed on Finn’s phone screen. He could ignore it, but he kind of didn’t want to. “Hi, Mom.”

“Hello, dear. Just checking in. How are you?”

“We’re going to do it. We’re getting the camper fixed up, and we’ll be driving your way in about a week. We’re gonna do some stops along the way. You know how I love those big trees.”

There was a pause. “Honey, are you okay?”

“Kind of a midlife crisis, I guess.”

He blew out a breath. “Nothing. Everything.”

“Pick one.” That’s all she said, but it was like the Jeopardy theme played in the silence.

He sighed again, softer this time. “I’m kind of rethinking my job.”

There was a beat, but instead of her giving a whoop and saying, “About time,” as he expected, she asked, “Why?”

“I’ve been defending this guy lately who, well, the only good thing I can say about him is he likes dogs.”

This time, the pause practically vibrated. “Finnian, when did liking dogs become a positive with you?”

He snorted. “Since I got one.”

“You have a dog?” She might have been saying, “You have two heads?”

For a longer excerpt, check the book page.

And be sure to join in our Passions of a Papillon Pets and Prizes Party at my Facebook Reader group on January 18 with a group fantastic authors sharing fun and prizes. 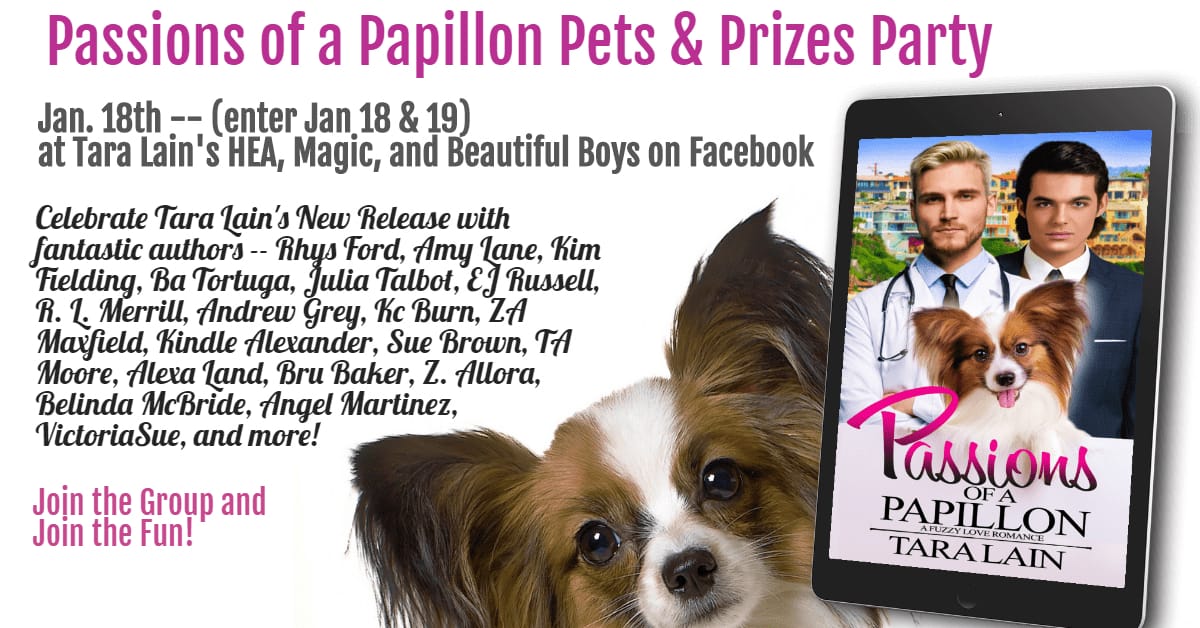