Dreamspinner Pride Promotion: Get Taylor Maid for only 99 cents!

by Tara LainJun 1, 2019Contests and Deals 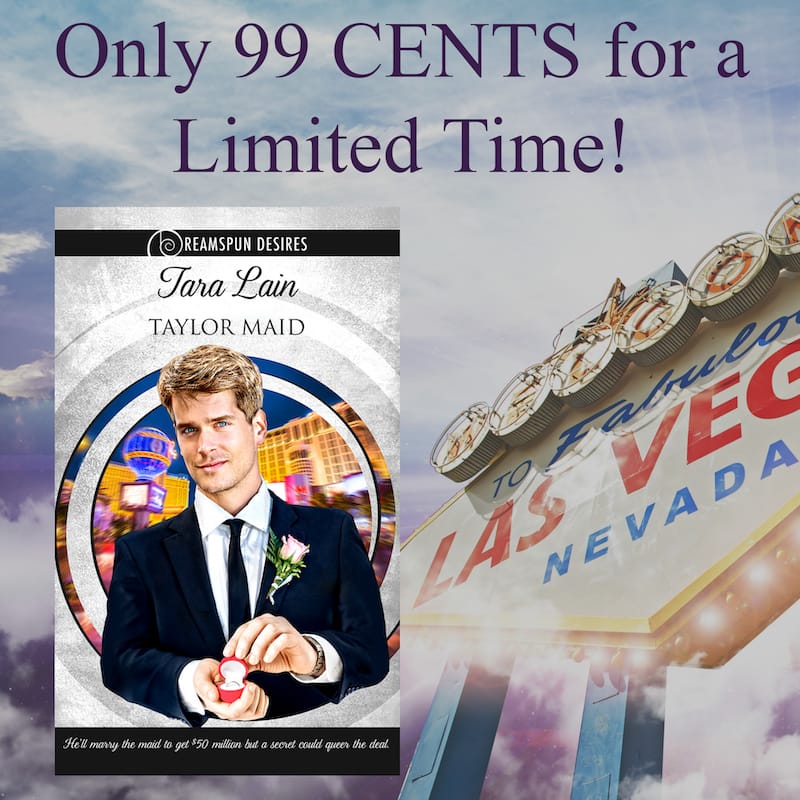 As part of this month’s Pride Promotion from Dreamspinner Press, Taylor Maid in eBook format will be on sale at all retailers for just $0.99 for the entire month of June!

Here is the blurb…

On the eve of his twenty-fifth birthday, the billionaire’s son discovers that despite being gay, he must marry a woman before midnight or lose a fifty-million-dollar inheritance. So he hightails it to Las Vegas… where he meets the beautiful maid, Ally May.

There’s just one rather significant problem: Ally is actually Alessandro Macias, son of a tough Brazilian hotel magnate. But if Ally keeps pretending to be a girl for a little while longer, is there a chance they might discover this marriage is tailor made?

Taylor Maid is a truly beautiful love story with lots of angst, love and hate. Tara has managed to weave a great love story out of what could have been a very overused storyline. There is just enough angst and love/hate between the main characters and their respective fathers to give the book a depth which is sadly lacking in a lot of other books. I thoroughly enjoyed reading this book and have no hesitation in recommending it as a must read!!

Get Your Copy of Taylor Maid and Save!