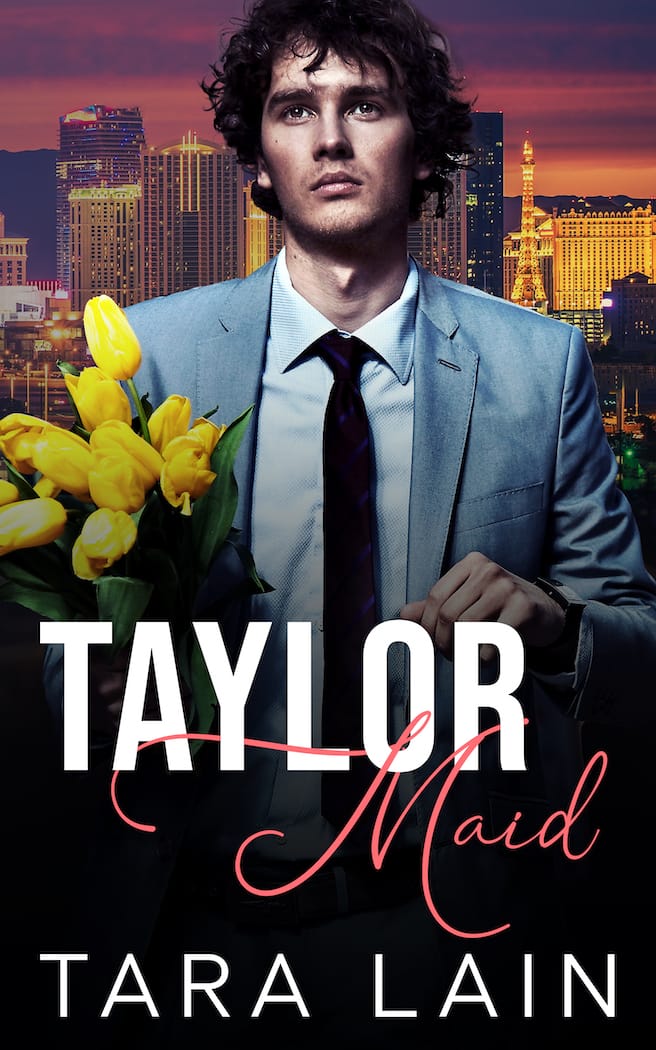 You have to read this book friends, it is an amazing story and you will love it as much as I did!

Taylor Maid is a truly beautiful love story with lots of angst, love and hate. Tara has managed to weave a great love story out of what could have been a very overused storyline. There is just enough angst and love/hate between the main characters and their respective fathers to give the book a depth which is sadly lacking in a lot of other books. I thoroughly enjoyed reading this book and have no hesitation in recommending it as a must read!!

By the time Taylor pulled into the parking garage at his condominium, his skin felt too tight in a lot of places, most of them below the belt. Ally had spent the whole drive alternately stretching out his long legs in their heels and pulling them up under him, showing off yards of bare, smooth, hard man flesh from ankle to hip. Taylor had never known he liked men in drag, but Jesus, his tastes seemed to form around everything Alessandro. The guy simply turned him on. He’d done it as a woman, and now, as a man in woman’s clothing, he made Taylor want to commit lewd acts in public places—like the side of the freeway. And he seemed oblivious to his effect on Taylor, which only added to the allure.

Watching those same long legs striding down the hall in front of him made Taylor seriously glad he had a coat to cover the telephone pole in his pants. Ally waited at the door for Taylor to open it. He needed to get him a key.

As Ally walked in, he glanced back. “How soon do they want to do the questioning?”

Taylor closed the door. Could he take off his coat, or would the fire stick still show? “Smith just said ‘soon.’ If I know Laughton, he wants to give us as little time to prepare as possible.”

“So we better start practicing.” Ally unwrapped the belt and slipped Taylor’s coat off his shoulders. As Taylor hung it in the hall closet, Ally walked into the open living room, ass swaying in the clingy knit.

Blast off. Taylor’s cock leaped, and his brain fried. “Ally?”

“Yes?” He looked over his shoulder in a move so unconsciously flirtatious, he should have been spanked, and that sounded like way too good an idea.

That deep, sultry laugh rumbled through his padded chest. “Are you kidding?”

“So your father wants you to marry—”

“A woman. Wealthy and influential. The type who can do good for the family and persuade his son out of his perversion at the same time.”

“No wonder you ran.”

“Yes. Can you imagine living such a life? Not only married to a member of the wrong sex, but one you don’t even know or like?” He shuddered.

His lips curved. “True. But I was desperate—”

“And I liked you immediately. Instinctively.” He kicked off his shoes, sighed, and picked them up. “Besides, I thought you were hot.” With a twitch of that infernal butt, he walked down the hall.

Taylor gasped for breath. Hot? He thinks I’m hot? Ripping at his tie and unbuttoning his shirt at the same time, he ran to his room, threw his clothes on the bed, and pulled on the sweats and T-shirt he liked to sleep in. Hot. He thinks I’m hot.

Okay, get some control.