What if Cinderella was a boy? 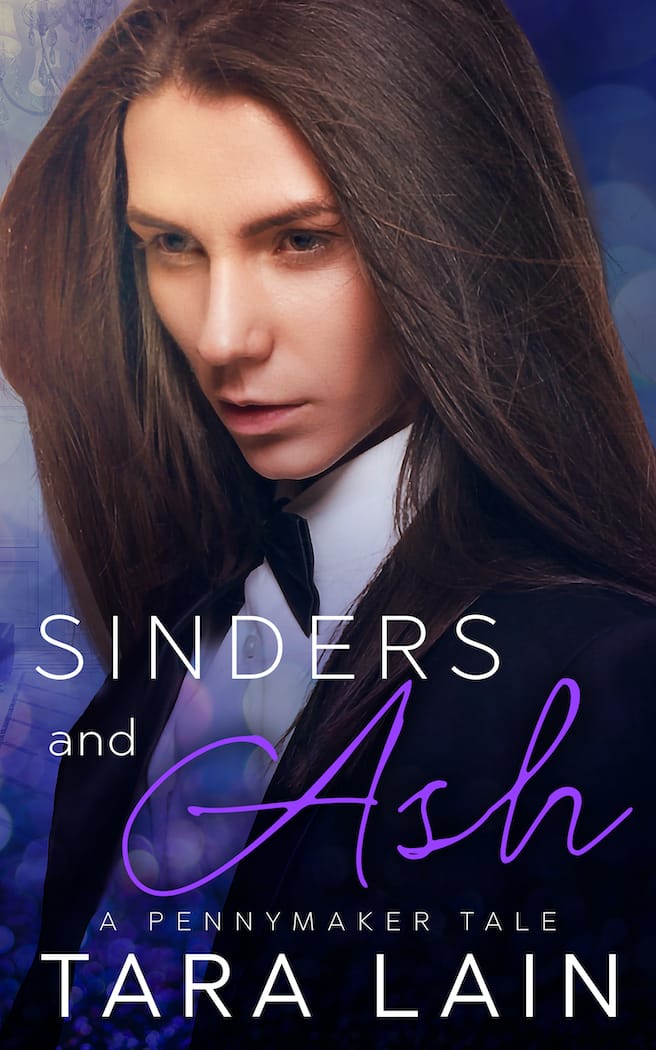 Housekeeper Mark Sintorella (Sinders) works diligently at a resort hotel while designing clothes anonymously, hoping to get into fashion school. Then his carefully planned life is upended with the arrival of Ashford Armitage, son of the fifth richest man in America—and the most beautiful guy Mark has ever seen. Ash must find a wife or he’ll lose his grandfather’s inheritance, and he settles on Bitsy Fanderel. But secretly Ash is gay, and the guy who cleans the fireplaces sets his heart ablaze.

Further stirring the pot is the little elf of a man, Carstairs Pennymaker, who has Mark wearing his own designs and masquerading as a girl to impress the fashion investors in the hotel. When the clock strikes twelve, two beautiful princesses line up for the wedding—but one isn’t a woman. Will the slipper fit? Only Mr. Pennymaker knows for sure.

Also available as an audiobook at Audible, Amazon and iTunes.

What People Are Saying About Sinders and Ash

Tender and sweet, but still with some very realistic touches, this story had me captivated, and I can’t wait to see what Ms. Lain will do with the next story in the series.

I don’t know who I was more in love with at the end, Mark and Ash were so good, that I could feel nothing but joy when they got it together! I was already a fan of Ms. Lain and her books, but now I am a HUGE fan! There is only one of her books I don’t have yet, but I’ll be going to get it now!

I’d recommend this book to anyone who wants to read an enjoyable, sensual story full of charm, wit, age-old wisdom, and of course, as with all fairy tales, a happily ever after ending.

Tara Lain is brilliant. She writes love stories that feed my romantic soul. Sinders and Ash is sweet and sexy and I highly recommend it. I hope she is somewhere thinking of other poor charges that Mr. Pennymaker can work a little magic on. 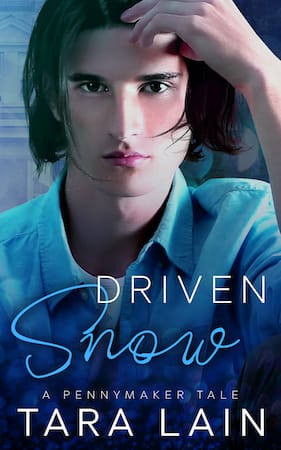 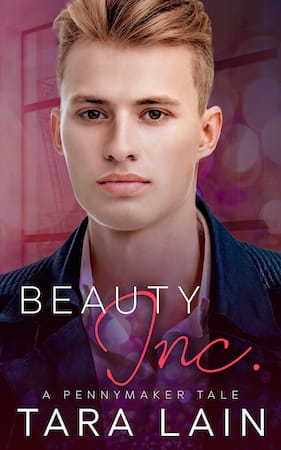 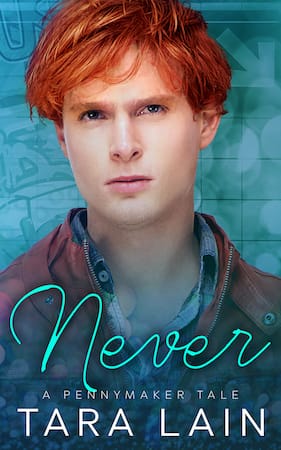 Excerpt from Sinders and Ash

The soft knock reminded him of a cue in a bad play. He knew who it was and knew he shouldn’t answer. That insane little man gave him hope when he knew he had no hope. Only hard work. But dammit, he liked Mr. Pennymaker.

He huffed, dragged himself off the bed, cleared the couple of steps to the door, pulled it open, and headed right back to the bed and curled into a ball.

“Helloooo, my boy. How are you this lovely day?” The chirpy voice paused, and Mark peeked at him from his armadillo-like position. Mr. Pennymaker had his hands on his knees and was gazing at Mark. Yes, he was an elf. “Hmm. I gather we are not tip-top?”

“What seems to be the problem?”

“Don’t really want to talk about it.”

He had a point. Mark needed another angle of vision. “I did something very bad.”

The dark suit Pennymaker was wearing today would have been conservative but for the bright pink vest and the gardenia in his buttonhole. He sat on the rickety chair. “Would you like to tell me about it?”

Mark sat up. Would he? There was something about the man. Like he was on Mark’s side no matter what. Mark had never had that feeling… at least not since his mom died. It made no sense. Mr. Pennymaker was a stranger, but there it was. “Well, you see, Richard the Bastard tried to force himself on me, and I was so—”

“Hold on! What happened?”

“Oh, the bastard sous chef finally quit perving on me and decided to do the deed. He didn’t get to hurt me because Armitage—you know, the rich guy—came to my rescue. And now I know I’m going to get fired any minute, and I really need this job, and I don’t know what I’ll do if they give me a bad referral.”

“No, you don’t understand. Because I was really upset. See, I had this thing happen and I guess I went into flashbacks or something, but I was pretty messed up, and Armitage tried to help me and, shit, I kissed him.”

The man grinned. “Kissed him?”

Mr. Pennymaker’s voice dripped with amusement. “I’m sure you were grateful.”

Didn’t he get it? Mark sat up. “No! I kissed him kissed him, like, with tongue and, you know.”

The grin got bigger. “I’m sure you were very grateful.”

Mark sighed. “Maybe. But I imagine he’s reporting it to Marcusi right now and I’ll be out on my ass by tomorrow.”

“Maybe he enjoyed it.”

Hell, he hadn’t thought of that. The guy had seemed shocked, but he hadn’t worked very hard to get away. After all, Mark wasn’t exactly Mighty Joe Young. Still, the look on his face…. “I doubt it. Hell, you can’t do anything good with Sinders and Ash.”