BookBub Special – Get The Case of the Sexy Shakespearean for $0.99!

If you haven’t read The Case of the Sexy Shakespearean, Book 1 of Tara’s Middlemark Mysteries, you can get the eBook for only 99 cents at your favorite retailer through August 30, 2019. 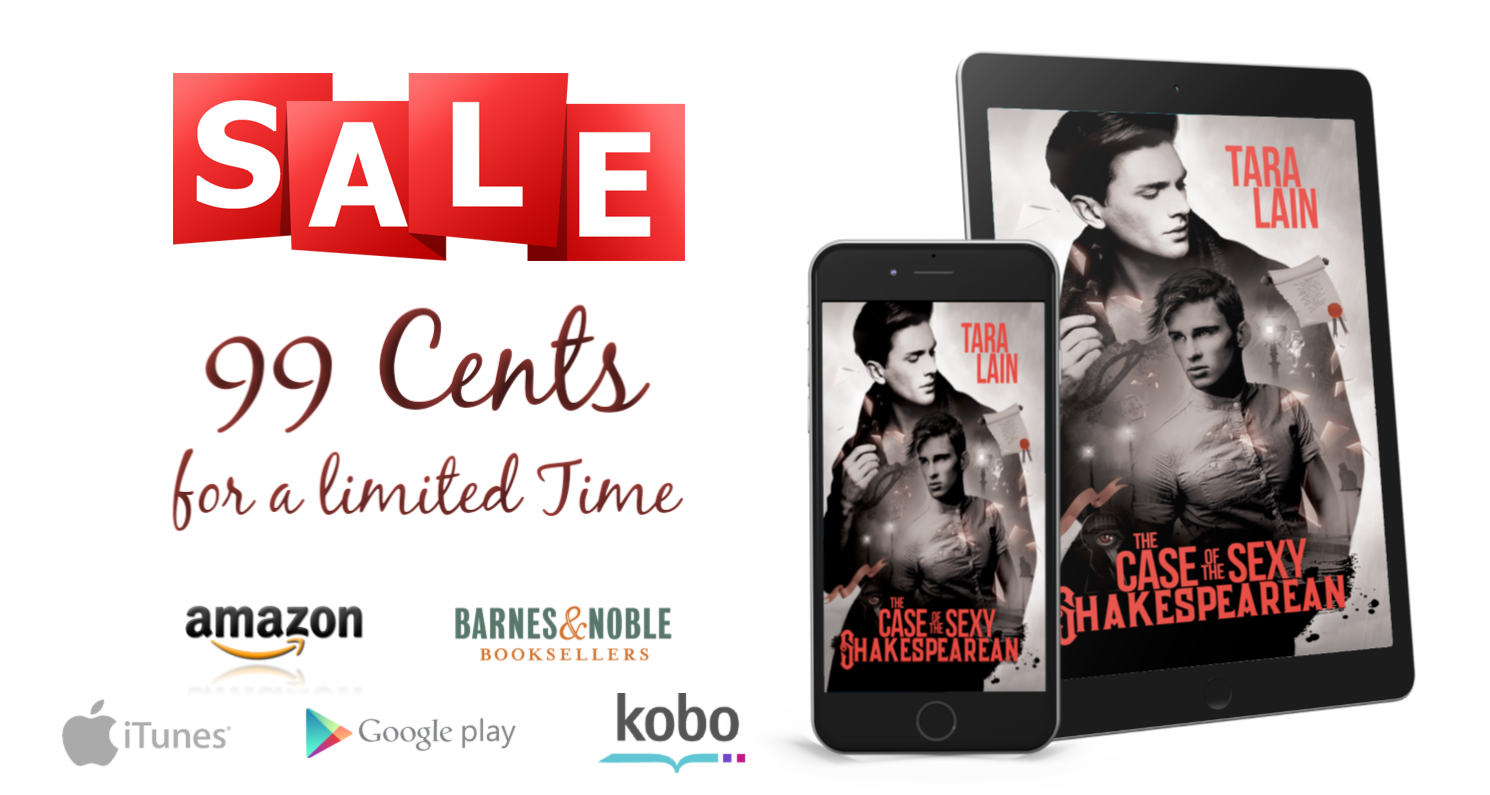 Buy The Case of the Sexy Shakespearean

What People Are Saying About The Case of the Sexy Shakespearean

Thank you, Tara, for introducing me to Llewellyn and Blaise and for reminding me that “myself” is the best person I can be.

– oh and one more thing before I leave you to go preorder the book (it’s out July 31, 2018) and that is, please don’t start reading it late at night unless you can have a lie in the next day because, if you’re like me, you won’t be able to put it down.

“The Case of the Sexy Shakespearean” triumphs, both as a mystery and a romance. Chalk up another successful start to a new series for Tara Lain.