Special Guest — R. L. Merrill Rocks the SUMMER OF HUSH with a Giveaway for You

Hi everyone! My second Special Guest on the blog in my new series is R.L. Merrill. Do you like your romance rocking’? Oh yeah, that’s what Ro has for you today. Make sure to check out the Rafflecopter too. Here’s R.L. Merrill to tell us about the personal experience that led to SUMMER OF HUSH —

Thanks to Tara for having me today and thank you for checking out my new release Summer of Hush. Stay Tuned for more Rock ‘n’ Romance… 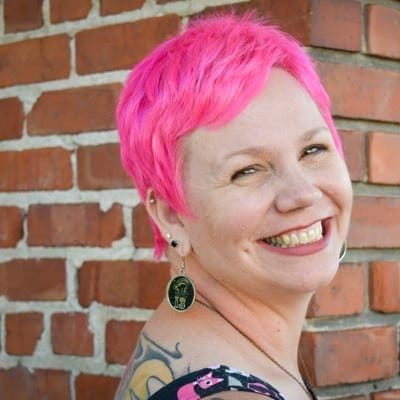 I am a huge music fanatic. I go to live shows whenever possible. When my daughter was in middle school, she asked if we could go to Warped Tour. I was like, “Isn’t that the punk and skateboarding festival?” She rolled her eyes, which middle schoolers do a lot. She and her friends were really into YouTuber Bryan Stars at the time and on this particular year of the tour, several YouTubers were invited to come and meet fans. They were a huge hit. But I was more interested in hearing the music. It was so fun seeing her and her friend getting hugs and pics with people they looked up to. They never got more than one or two posts done for their own YouTube channel, but she still watches different influencers, only now instead of being about emo/scene/makeup stuff, she watches people who share her aesthetic and people who are trying to cut down on waste and fast fashion. I attribute some of her growth and awareness to finding people on YouTube that care about the world and want to make it a better place and to her years of attending Warped Tour. The experience opened my eyes as well, and I really wish I would have gone much sooner. I loved the shows I attended—3 one-day Warped Tours and one two-day show this year for the 25th Anniversary—and so what better way to show my love than to write a love story set during the festival’s last cross-country run in 2018? 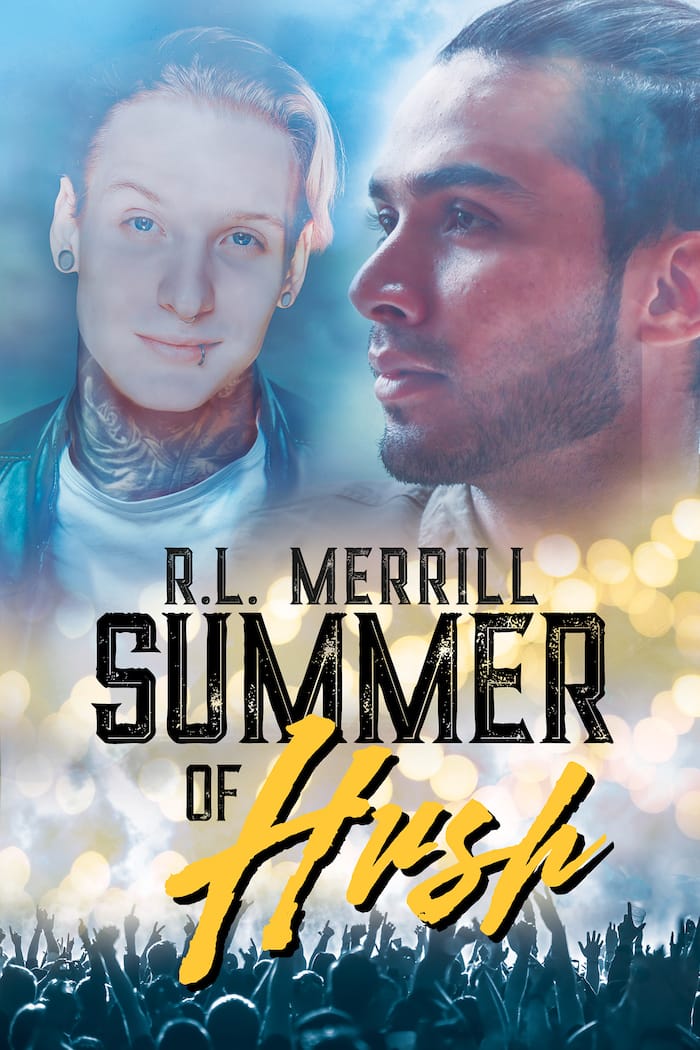 Hush is back… and it’s about to get loud.

After two years grieving the death of his best friend, Silas Franklin is back on the road with his metalcore band, Hush. With a new member, a brilliant new album, and a headlining spot on the last cross-country Warped Tour, life couldn’t be better—unless Silas could meet the intriguing music blogger known only as the Guru. Silas has followed his blog for years and feels the Guru might be the only person who “gets” him.

For years Krishnan Guruvayoor has reported on the metal scene as an anonymous blogger, and he’s just landed an internship on the Warped Tour as well as a potential position with a well-respected music magazine. His best friend arranges for him to meet singer Silas Franklin—but only as Krish the Intern. Their chemistry is instant, and Krish is thrilled to get to know the man behind the music.

The rock star and blogger quickly go from meet-cute to cuddle session, but secrets, overprotective bandmates, meddling media, and a terrible accident all conspire against them. Can their romance survive the summer of Hush?

Krish pulled out the schedule they’d picked up from the front gates and saw that, yes, Hush was on the main stage in the early evening. Warped was an unusual festival, a bit more egalitarian. Though bands were slated on stages based on their album sales and status, headliners played throughout the day, starting as soon as the gates opened, and the schedule changed from stop to stop.

Krish and Jake had agreed on most of the bands they wanted to see, but there were a couple of indie bands Krish had no interest in seeing, and Jake certainly wasn’t up for the more metal acts, like The Amity Affliction and Motionless in White so they split up for a while. Krish was content wandering the festival grounds alone and enjoying the bands whose music made his spirits soar.

The music brought such vivid memories of Vivaan it was almost as though he were standing next to Krish. Music had been the brothers’ common language. Vivaan taught Krish all he knew and took him to shows as soon as their mother agreed they were old enough to go alone. Warped had been their favorite, and standing at the rear of the crowd watching the new generation of Warped fans screaming and ready to mosh reminded Krish of how it had felt all those years ago with his brother.

As The Amity Affliction ripped into their song “Pittsburgh,” Krish was taken back to the last show he and Vivaan went to before Viv was sent overseas. He ignored the tear that slipped down his cheek and recalled how he played the song over and over during his initial grieving period. His blog had just begun to take off, and many of his readers related to his posts about losing his brother and continued to follow him over the years despite what direction he took the blog. It was always music, but he wrote about grief, he wrote about being an LGBTQ man who happened to be a person of color, and he wrote about the responsibility all Americans had to preserve the rights of others.

And he wanted to keep writing. This summer he needed to produce his best writing yet to prove he was ready for the job. That should have been enough to ground him. But as the afternoon crept closer to Brains’s workshop, Krish became even more anxious about the possibility of meeting Silas than he was about the job. At least with the job he knew what to expect. The magazine liked his writing and appreciated his viewpoint and perspective. In contrast, he had no clue how Silas felt about what he wrote.

Jake found him lingering around the TWLOHA tent dictating a blog post. He held up a finger to Jake so he could finish his thought.

“I’ve always been moved by To Write Love On Her Arms, an organization dedicated to sharing alternatives to self-harm for teens. I’ve known too many kids, in high school and in college, who were in so much pain that they saw no other alternative than to cut, burn, or scar themselves. TWLOHA is one of many organizations doing important work here on Warped Tour, and I’m grateful for that, but it also leads me to moments of sheer rage about the lack of available resources, even for kids with insurance. Nonprofits are wonderful and they do terrific work, but just imagine if the outrageous amounts people pay for healthcare actually took care of them? Or if our government took the needs of those with mental health issues seriously? Imagine a world where there wasn’t so much pain.” He stopped the recording. “Ugh, that’s a topic I get too angry about.”

“Yeah, but just think of what you’ll be able to do when you join Alt-Scene. You could hopefully publish articles in their social justice department.”

Krish loved Jake’s optimism. “If and when they hire me.”

“Whatever. Hey, you ready for this?” Jake held up their passes and wiggled his eyebrows.

“Already got us bottles. No more stalling. It’s time for you to meet your man.”