Released! HOT LIPS by Tara Lain. Sometimes There are Too Many Closet to Come Out Of.

Hi – I’m so delighted to say that HOT LIPS, book 4 in the Hot Cannolis, releases today! Creating this book was hard because it came right in the middle of getting surgery for my degenerated hip (which is now doing great!) but I was so happy to get to work on it. I love these characters and all their hidden secrets. Here is the link – https://www.amazon.com/gp/product/B0B57M9C98/ 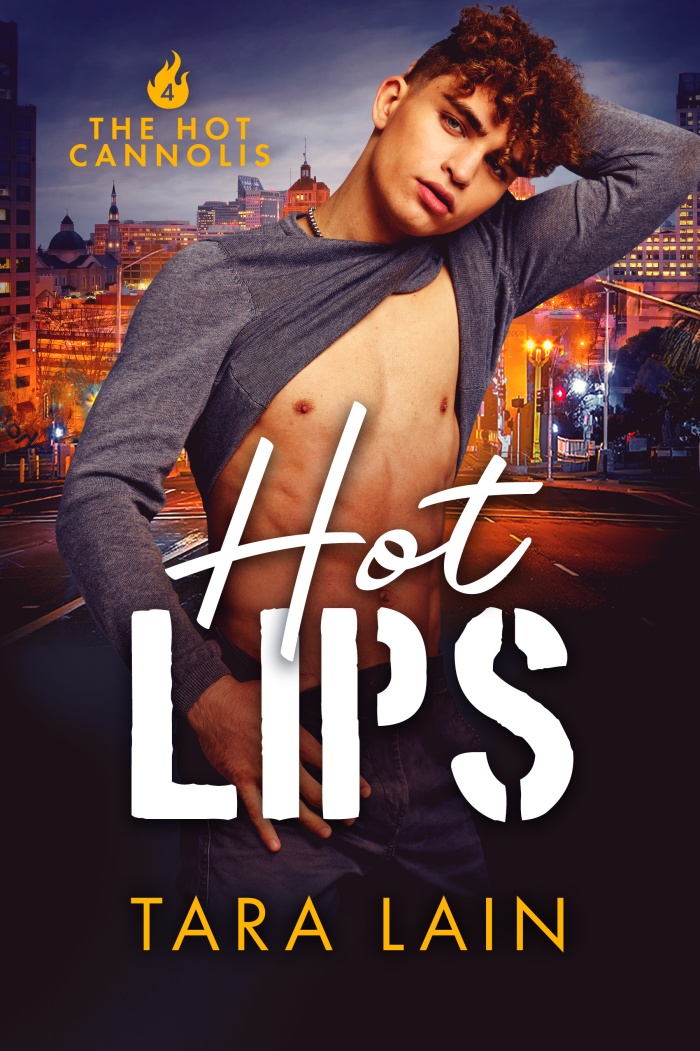 Sometimes there are too many closets to come out of.

For two years, Tito’s been hiding from his past in the midst of his uncle and aunt’s big, crazy, compound full of relatives in a tiny town in California.
Now his past’s come to get him – and threatens not only Tito’s life, but to reveal the secret that will get Tito kicked out of the family he loves.

Time to fight back!

Ari Cohen, a tough cop on the hate crimes task force, knows about hiding and fighting, since he spends his life undercover searching out bad guys.
Ari’s got a big secret too that perfectly matches Tito’s –both in and out of bed.

But don’t play hearts and flowers yet.
The price they have to pay for the match may send them running back to their closets – if Tito can stay alive long enough to get there.