Hi! Today, we re-release book 2 in the super-popular  Love in Laguna series, KNAVE OF BROKEN HEARTS. Book 1, Knight of Ocean Avenue, told the story of a sweet, bright, but naïve young guy who’s never settled down enough to figure out he’s gay. KNAVE OF BROKEN HEARTS is totally different. Jim’s an edgier, darker guy who knows full well he’s running from his past and, most of all, from himself. But when he goes in for a physical he has to take for his job, he never expects to come face-to-face with his yaoi dreams in the form of gorgeous cardiologist, Ken Tanaka. One look, and Jim has two heart problems.

Check out KNAVE OF BROKEN HEARTS at Amazon and in KU. 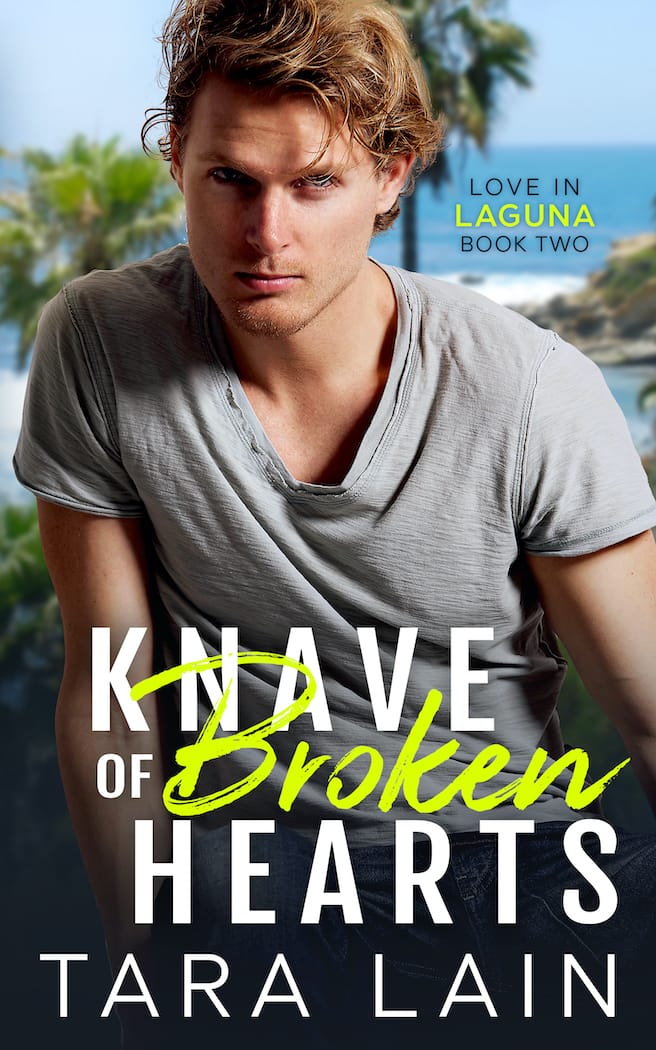 A Love in Laguna Novel (Book 2)

KNAVE OF BROKEN HEARTS is an opposites-attract, coming out, finally growing up, yaoi-love, meeting-his-mother, MM romance.

One look at his cardiologist and Jim’s got two heart problems.

Jim disappointed his wealthy family at 16 and he’s been perfecting the skill ever since.
Too much booze.
Too little responsibility.
Too much faking his interest in women.

Then Jim does one good deed to help out his best friend Billy and winds up in the doctor’s office face-to-face with Dr. Ken Tanaka – and Jim’s secret yaoi kink.

Ken’s got baggage like a Beverly Hills debutante, so if Jim wants to be other than a notch on Ken’s stethoscope, he’s going to have to fix more than his mitral valve.

Or maybe he’ll just figure that when you’re a blue-collar guy and fall for your cardiologist, you deserve a broken heart.

Excerpt from Knave of Broken Hearts

Jim’s eyes opened. Dark except for the streetlights shining in from outside the office suite. Damn, fell asleep.

“Come on, baby.” The voice was muffled, but since Jim’s ear was pressed against the door, he could make out the words.

Jim sat straighter. What the fuck? What time is it?

Footsteps, rustlings, and a bump against the wall sounded behind him. He grabbed his phone from his pocket to check the time—9:30 p.m. Man, he’d been asleep for a long time.

Shit, that was Ken. The voice had to be right on the other side of the door. Had he been drugged again? Jim popped up and almost fell. Butt asleep. He pounded some fresh blood into his muscles, then slowly pushed down the door handle and opened it a crack.

Over by the elevator, Gene Willings stood with his arm around Ken Tanaka. Ken was a lot taller, so the guy had to reach up. Fucking midget.

Gene said, “Come on, baby. We have to get out of the lobby before the guard comes.”

The elevator came, and Gene kind of dragged Ken onto it and the door closed.

Well, fuck. Hadn’t he heard Ken say no? Was he just being hard to get? Did he really want whatever Mr. Pain in the Ass Architect was dishing out? What if he didn’t?

Jim took off to the stairs at a run. At the bottom of the first flight, he stopped. Why the hell are you rescuing Ken Tanaka again?

He ran up another flight.

Okay, slow down or he’ll have to take care of you instead of the other way around. He started up the stairs at a moderate jog.

By the fourth floor, he was breathing hard but not about to have a heart attack. Tanaka would be proud—assuming the doc was sober enough to be anything. Jim stuck his head out of the stairwell and sighted down the hall. Nobody. He slipped out and trotted to the office. The outer door was on an autocloser, but it hadn’t latched. The door rested against the jam. Jim pushed it open. Dark inside, but dim lights shone from somewhere in the back of the suite. He closed the door gently, then tiptoed across the lobby and opened the door to the inner sanctum. Voices. He couldn’t make them out too clearly. No screams or bedpans hitting walls.

He should go, but what if the doc really was in trouble again? Hell, he did have the damnedest way of picking up people who wanted to fuck him. Jim stepped softly down the corridor toward the voices.

Jim stopped. Okay, go now. This was no rape scene. Pretty clear. He pressed against the wall. Do. Not. Look.

Okay, he’d managed to give up booze. Maybe he could stop eating burgers. But not looking into that room to see Ken Tanaka’s cock? Beyond his strength. Very slowly he moved so he could see around the edge of the door. Oh yeah.

Ken lay on an exam table, his jeans pulled down around his knees. Shorty the Architect had moved a chair over so he could get in position, and he bobbed his head over Ken’s hips, the long, surprisingly thick cock disappearing into his mouth and then reappearing as his head moved up.

Jim grabbed his chest. God, they had to hear his heart, it beat so hard. His pulse throbbed in his throat and in his stiff-as-a-board cock pressing against his fly. Dear God, it was like his yaoi dream—except for the short prick doing the sucking. Jim pressed a hand against his own cock. He could come just watching.

“Quit. Quit it.” Ken’s head came up, and Jim dove back against the wall.

A soft pop indicated lips had left cock. “Come on, baby. You know you’re enjoying it.”

“What do you mean you don’t want me? Who the fuck do you want?”

What? What did he say?

“You said he was straight.”

“You fucking player asshole. You haven’t changed a bit.”

A slap sounded from the room.

Jim’s head exploded. He screamed, “Get your hands off him, you fucking midget.”