Coaching the Nerd from Tara Lain and Eli Easton is here!

Hi! So excited to announce the release of book 2 in Nerds vs Jocks – COACHING THE NERD. This is my first ever co-authored series with the great Eli Easton and you guys made book 1 an Amazon bestseller! We love these book 2 heroes so much and think you’re going to love them too. 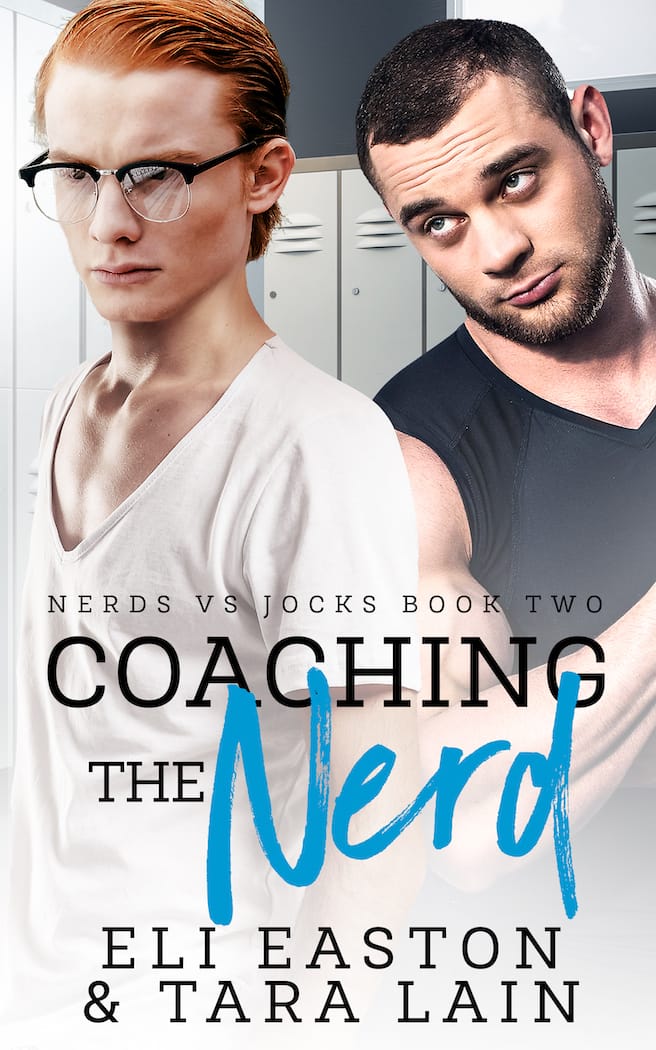 What happens when marshmallow-bodied supernerd Sean volunteers to be on the jocks’ flag-football team? It screws Bubba’s fraternity’s chances at the coveted flag football title, that’s what.

Bubba is drafted to be Sean’s personal trainer. He has to whip Sean into shape and make sure he doesn’t F up their team.

Sean may be a supernerd, but to Bubba he’s funny, and wise, and kinda cute. He’s also the one person on campus who doesn’t see Bubba as a big, stupid jock.

One BIG problem. Sean’s motivation for getting into shape is to lose his virginity — and Bubba isn’t happy when guys start sniffing around.

But Bubba’s straight. Isn’t he?

Can a big, dumb jock from Nowhere, Wisconsin change his whole life for a genius who just wants to get laid?