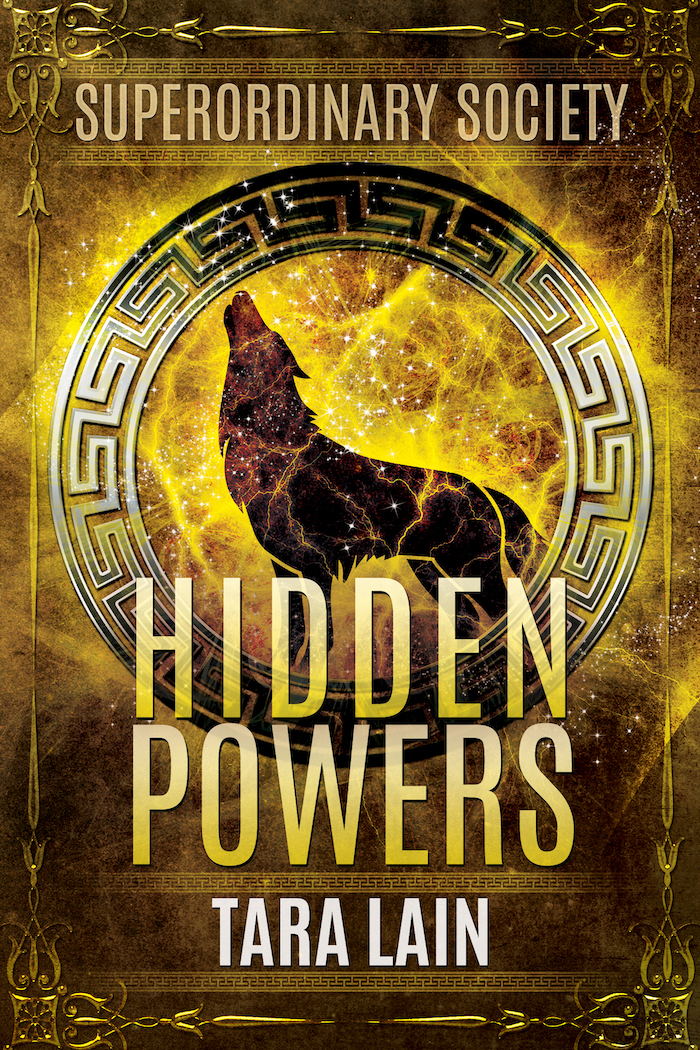 In an adventurous New Adult spinoff from her popular Harker Pack werewolves, Tara Lain creates an exciting new world of magic and mysticism where growing up, fitting in, and finding true friends is just as hard as ever.

Jazz Vanessen is weird—and not just because he’s a werewolf.

For most of his life, Jazz’s felt different from his alpha male brothers and friends. Since he’s adopted, he can’t even blame it on family.

Together with Dash and Jazz’s equally amazing friends— Carla, BeBop, Khadija, and Fatima—they discover the danger is even more lethal than they thought, and Jazz’s weirdness may save all their lives.

What People Are Saying About Hidden Powers

The way all these characters felt like outsiders, but still managed to be there for each other made it even more powerful to read about.

Bravo, Tara, for a brave move to a new literary challenge. I can’t wait to read what the boys get up to in the next book.
Lena Grey

This book brings together several urban fantasy genres while still feeling fresh and original. Think Harry Potter meets the League of Justice meets Twilight – with a little bit of Wonder Woman mythology thrown into the mix.

Lysandra’s nephew escorted her to a seat at the governor’s table, then sat beside her. After he pushed her chair back in, he suddenly raised his head like a deer scenting the air and glanced around the crowd. It was kind of like when Jazz smelled danger or someone he knew, but this guy was no werewolf. He might look supernatural, but to Jazz’s nose, he came across as human.

Carla gave Jazz a rough elbow to the ribs. “Close your mouth, or better yet, stuff it with some of that outrageous pile of protein. His name’s Dashiell”—she said it like Dasheel—“as in dash-ing, but she calls him Dash. You’ll get to meet him.”

“I will? Why?” Weirdly, his heart slammed against his ribs.

“Because they’re sitting at our table, and so are you. Come on.” She grabbed his arm.

“She’s just my idol, you know. Sometimes idols are best seen from afar. You don’t notice the cracks.”

She smiled wryly. “You sure it’s not fear of getting a mighty erection in public over Mr. Dashing Pretty Puss?”

He lightly punched her shoulder. Of course, she was close to the truth.

“Dad says Lysandra Mason’s a love.” She hauled on his arm again.

He left it on the table and wiped his hands on his jeans.

He let himself be dragged over to where the governor and his wife were sitting with some members of his staff that Jazz mostly recognized from photos. And sure enough, the great lady herself was there, sitting beside—what had Carla called him?—Mr. Dashing Pretty Puss. The closer Jazz got, the prettier he looked. Her too. Strange. Usually humans looked more—human up close. You saw the freckles and blemishes. It made them real and charming. These two just stayed beautiful. Flawless skin, glowing hair, and luminous eyes. Lysandra’s nephew turned to look at Jazz, and Jazz saw that his eyes were some shining shade of pale green. Lysandra’s hair was brown mixed with blond, or vice versa, while the guy’s hair was actually very dark brown with deep shades of red, like fire. Jazz wanted to be invisible so he could sit down and stare at the two of them until his eyes bled.

His hands started to tingle and a quiver vibrated up his spine. Totally cray.

Carla grabbed his arm. “Hey. You okay? You got kind of pale.”

He forced a smile. “Just too much hero worship.”

She marched up to the table like the daughter of a governor—one who knew no fear—and stuck out her hand to Lysandra Mason. “Hi. I’m Carla Mendes, and I’m thrilled to meet you.”

“Delighted, Carla.” The smile Lysandra gave her was warm and genuine.

Carla reached back to Jazz. “This is my best friend, Jazz Vanessen. He’s one of your biggest fans.”

Lysandra turned her gaze to Jazz. Whoa. Where her eyes had appeared hazel at a distance, he now saw that they were gold—a pale yellow-gold like some kind of bizarre cat—but beautiful. Those eyes widened a little, probably at his adoring expression. “Hello, Jazz. How lovely to meet you.”

They weren’t words. They were music that filled his head like sweet smoke. He took her offered hand, almost scared he’d get a shock. Instead, her touch might have been more of a mist that slipped into his veins and made his blood dance like champagne.

Her eyes never left his as she shook his hand, then held it a few seconds longer. She finally blinked. “Carla and Jazz, may I present my nephew, Dashiell Mercury. We call him Dash.”

Jazz was scared to look. He might turn to stone. But when he shifted his glance, Dash was staring at him, his gaze focused.

Dash Mercury dragged his eyes from Jazz to look at Carla. And then he did it. He smiled. The seemingly immoveable, perfect face broke out into dimples and smile lines and crinkles.

Jazz’s mouth dropped open again, and he couldn’t get it closed.

“But I only bring the very best stuff to your door.” Dash laughed. If Jazz had expected a silky, even oily, voice, he was surprised to find Dash sounded pretty much like a regular guy. Friendly, casual, teenage. But Jazz’s wolf senses said that this dude was… something else. Human, yes, but unknown. Unexplored. Maybe dangerous