Passions of a Papillon

After you’ve sold your soul to the devil, can you renegotiate with a dog? 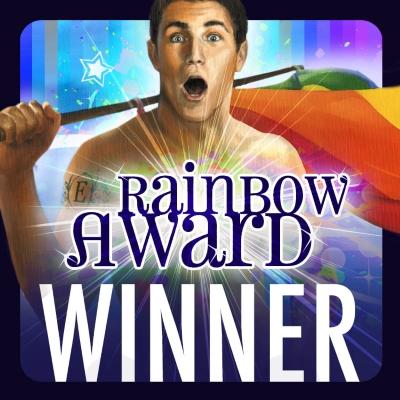 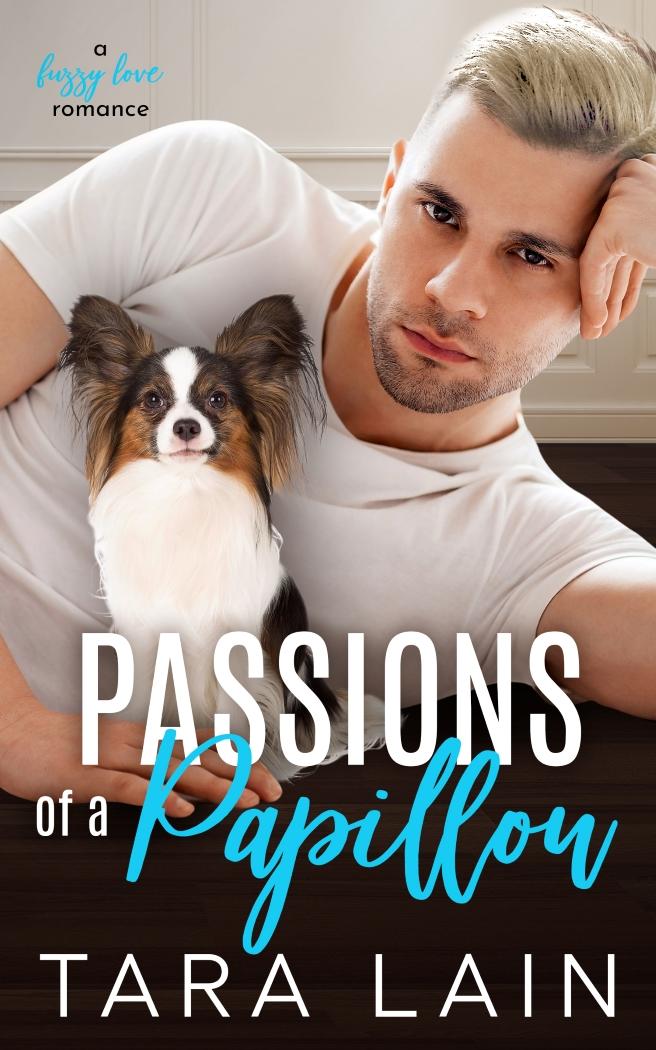 Passions of a Papillon

Passions of a Papillon delivers passionate MM romance, suspense and action, and enough laugh-out-loud, over-the-top moments to make it hard to categorize. But if you love hot guys with secrets, sex in the back seat, dogs escaping scumbag owners, threats to life and limb, and a Papillon with a rock star personality, you’ll want to adopt Passions of a Papillon.

After you’ve sold your soul to the bad guys, can you renegotiate with a dog?

The worst guys pay best and Finn’s willing to defend some scumbags to get the good life his do-gooder parents never gave him. He may have picked up that dirty canine on the street, but why would he want stray Papillon fur on his pricey upholstery?

And, of course, there are those ears.

When the scumbags Finn defends merge with the scumbags Em’s escaping, Finn’s the one who needs rescuing. Em’s got to decide if he’s going to run away from the bad guys – or toward them. Papillon to the rescue! 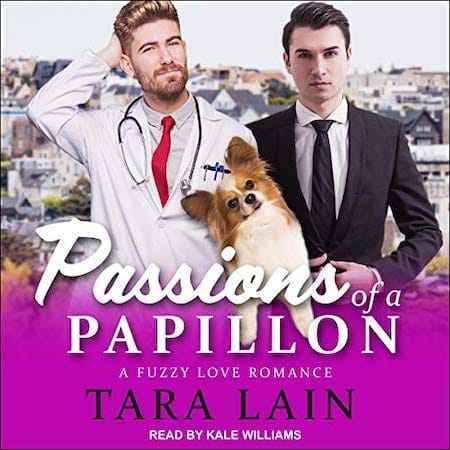 Available in Audiobook from Tantor Audio with the great Kale Williams narrating!

Other Books in the Fuzzy Love Series

Follow Batshit, the intrepid Papillon dog, as she tracks down and defeats bad guys, plays Cupid, and guides her heroes on the rocky road to love. 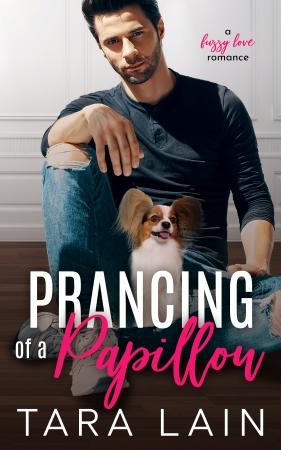 Prancing of a Papillon (Book 2) 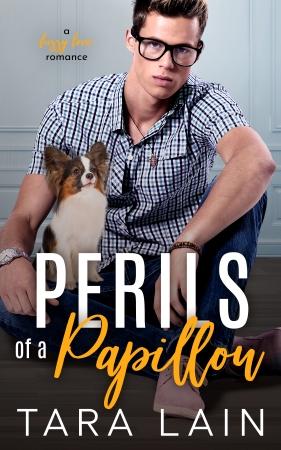 Perils of a Papillon (Book 3)

What People Are Saying About Passions of a Papillon

There is more going on in this book than I can write about in this review. There are two main storylines that Tara blends together seamlessly, creating an exciting, thrilling drama, along with Em and Finn’s love story. In any case, Jollie, I mean Bat-Shit, steals the show. Dogs have a way of healing even the hardest heart and providing love and companionship that the person didn’t even know they were missing. Thanks, Tara, for the heartwarming, as well as suspenseful story.

I adored Passions of a Papillon ! It has great characters, character growth, romance, suspense, AND it made me want a dog! A papillon specifically.

Excerpt from Passions of a Papillon

As Em approached the table juggling the wriggling Papillon, Finn pushed out the empty seat next to him. “I think she likes you as much as she likes me.”

“My oh my, I can certainly understand why.” The redhead stuck out his hand. “Hello, darling, I’m Harvey, but you can call me dear or sweetheart, or to breakfast or anything you want.”

Em laughed and shook the guy’s hand as he held Batshit with the other.

The stocky, bearded guy said, “Xavier. Glad to meet you.” The man’s voice was so surprising—high, light, almost feminine—Em had to work to keep the amazement off his face.

Em sat in the empty chair. “Pleased to meet you both.” Batshit squirmed and launched herself at Finn, who caught her with a laugh. He was clearly being sucked in by the charm of the Papillon, which was kind of a shame considering he had to give her up. Sad for Finn’s first dog experience to be cut short. There was a menu in front of him on the table, and Em glanced at it, although he ate at Café Z fairly often, so he was familiar with the offering. He looked up and found all three men staring at him. “Have you ordered?”

Finn shook his head. “No. We were waiting for you.”

Em leaned over toward Batshit. “What would you like, babycakes?”

Em pushed his menu away. “Turkey bacon it is.”

“You know what you want?”

Finn waggled a hand toward the waiter and the guy hurried over. Finn nodded at Em, “Go for it.”

Em ordered his favorite scrambled eggs with spinach and cheese and a lemon scone.

Finn said, “That sounds great. I’ll have the same but with a large helping of turkey bacon on the side.”

“I swear this beast knows what I’m saying.” Finn hugged Batshit with no regard for shedding on his expensive sweater.

The other two guys ordered and the waiter scampered off.

Harvey leaned in and waved a hand. “So, darling, you can’t mean to tell us that Finnny-poo has to give this gorgeous and adorable animal away, can you?”

Em glanced at Finn who looked more than a little stricken by the question. Obviously, the dog hater had been sucked to the fuzzy side. Em sighed. “Unfortunately, when I phoned the police, they said someone started calling at three a.m. last night to report her missing. Obviously she has owners who value her and want her back.”

Harvey waggled his brows. “But Finn tells us you didn’t say for sure who had the dog. Couldn’t he just keep her?” He chuckled guiltily.

With a shrug, Em said, “Despite the coat of dirt, she looks like a show dog. Regular pets don’t usually have such luxurious coats. Champion Papillons are worth many thousands of dollars, so she’d be way more than petty theft.”

Finn gave a loud exhale. “Plus, I work about a million hours a week. I don’t know what I’d do with her while I’m gone.”

“Oh poo, darling.” Harvey gave a disgusted snort. “You’d take her to the office, of course.”

“Oh right. Can’t you see my collection of mafia hit men and ponzi scheme perpetrators cozying up to Batshit?”

Xavier said, “They’d love her, just like I do.” He leaned over and cooed at Batshit while he scratched behind her ears.

“For who? Vito Corleone?”