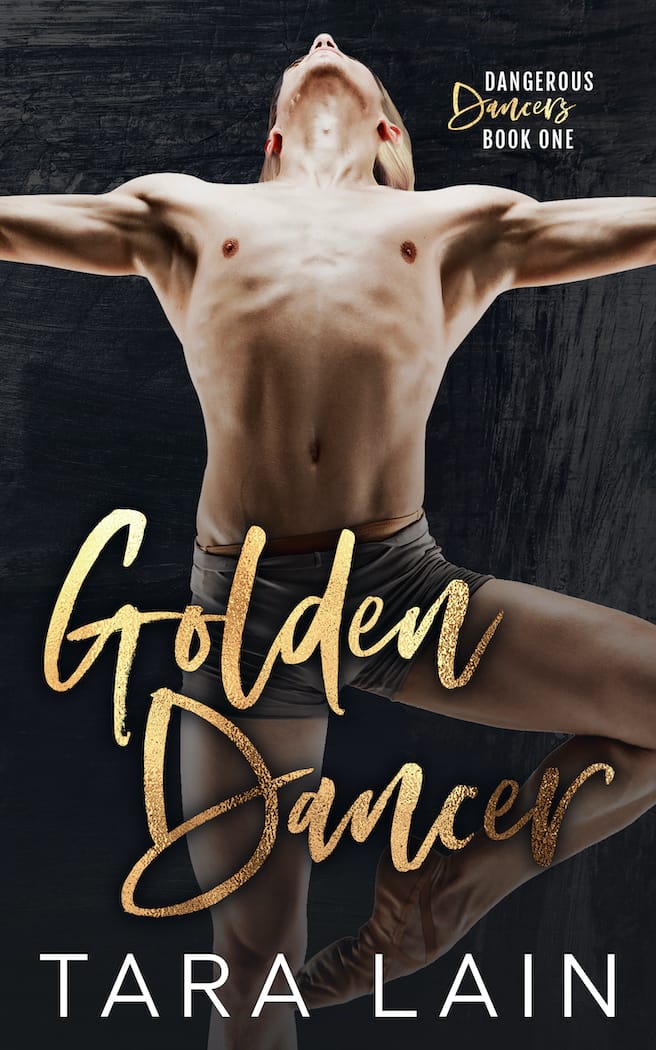 How does a guy who doesn’t know he’s gay wind up in bed with two men?

Neither will Mac – and suddenly gay virgin Mac’s in a passionate menage.

Big problem. Mac’s an investigative journalist, who can make his career if he proves that Daniel’s really an art thief.

What People Are Saying About Golden Dancer

5 Stars
The writing is alluring and the stories are tender, intimate and entrancing. The steamy scenes will have you feeling the heat and really saying wowza. The love and understanding between these three men is wondrous. They care, support and help each other accept one another and free each other from the chains of propriety and free their hearts. These three give us a glimpse at acceptance and finding joy and peace with the love and gentleness of those you are meant to be with.

Other Books in the Dangerous Dancers Series 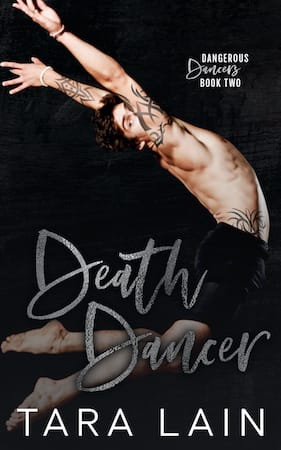 Mac turned. Trelain rocked what he guessed would be called a dressing gown. It was a long robe, but more substantial than a bathrobe, and clearly made of silk. Far from an English country-house paisley, this was in some watercolor print of aqua and gold. I must be allergic to silk because, man, it is tough to breathe. In that get-up, the person in front of him could be a woman, and a very beautiful one at that. The face was a really handsome guy, but the golden hair softened everything. Jeez, it played with his mind.

Shit. He’d been staring. “Yeah. Here’s the stuff.” He pulled the little bottle from his jacket pocket where he’d stashed it in the restaurant.

Trelain took it and walked toward the kitchen, putting the analgesic in his robe pocket. “Can’t I tempt you with something more interesting than water? Some champagne, perhaps?” He didn’t wait for an answer—just removed the foil on the bottle and opened the cage with the precise six turns. Mac knew that piece of erudite trivia from the story he’d done on champagne last year. Trelain applied a thumb to the cork and, pop, it opened with the soft sound that indicated he knew what he was doing and hadn’t damaged the wine. He poured into the sides of two flutes and held one out to Mac. “Come sit.”

Trelain installed himself on the couch, set down his glass, pulled the little bottle from his pocket and opened it. He sniffed tentatively.

Mac laughed. “It won’t bite, I promise. Just drip some into your palm and then apply it to the area that hurts. I’d better get a washcloth so you can wipe clean afterward.” He walked to the kitchenette, found a clean towel, wet it then crossed to the chair. Trelain dropped a little of the blue liquid with the strong cinnamon smell into his long, slender hand. He sniffed again, raised a leg onto the couch, and uncovered himself up to his thigh. Shee-it. He’d seen his parents’ feet and legs thousands of times, but this felt…intimate. Trelain’s feet were heavily callused, the toes pushed together as only a true dancer’s could be. And the leg? It looked more like something carved from marble than from flesh. Sculpted, hard as stone.

Trelain began to run the scented liquid over the back of his calf and up onto his thigh. Jesus, he was playing patty-cake. “No, dig in. Really work it into the muscles.”

Trelain dug in for a couple of strokes but then pulled back his hands and shook them. Yeah, massaging marble couldn’t be easy. But crap, his leg hurt, and the magic blue stuff could help if he just did it right. Mac shook his head. “That’s not going to get the job done.”

“Sorry. I’m spoiled. I have a masseuse that travels with the company.”

In frustration, Mac rose and sat beside the man on the couch, handing him the damp towel. He grabbed the bottle from the table and dotted some of the warming liquid into his palm. “Here, let me.” He grabbed the dancer’s foot, pulled it into his lap, and began rubbing the carved muscle of Trelain’s leg with deep, penetrating strokes. “Like this.” One stroke, and he knew this was not his father. In fact, it was a hell of a mistake.

The beautiful head hit the back of the couch. “Chyort! That feels incredible.” Trelain moaned. Mac tried to pretend he didn’t feel the satin texture of that skin, like silk over steel.

Mac cleared his throat. “You, uh, really have to dig in, this way.” Mac’s fingers pushed into hard muscle, the liquid warming his fingers. Yeah, it wasn’t his fingers he was worried about. Why was he doing this?

Trelain moaned luxuriously, his head moving back and forth against the couch. That wasn’t all that was moving. Holy shit. This wasn’t happening. The front of the silk robe rose like an expensive tent. Wasn’t the guy wearing any underwear under that thing?

He felt like a damned snake charmer. He couldn’t look away or stop doing the thing making that serpent rise. He just kept rubbing. Trelain’s eyes stayed closed. Most guys would make a joke. He said nothing.