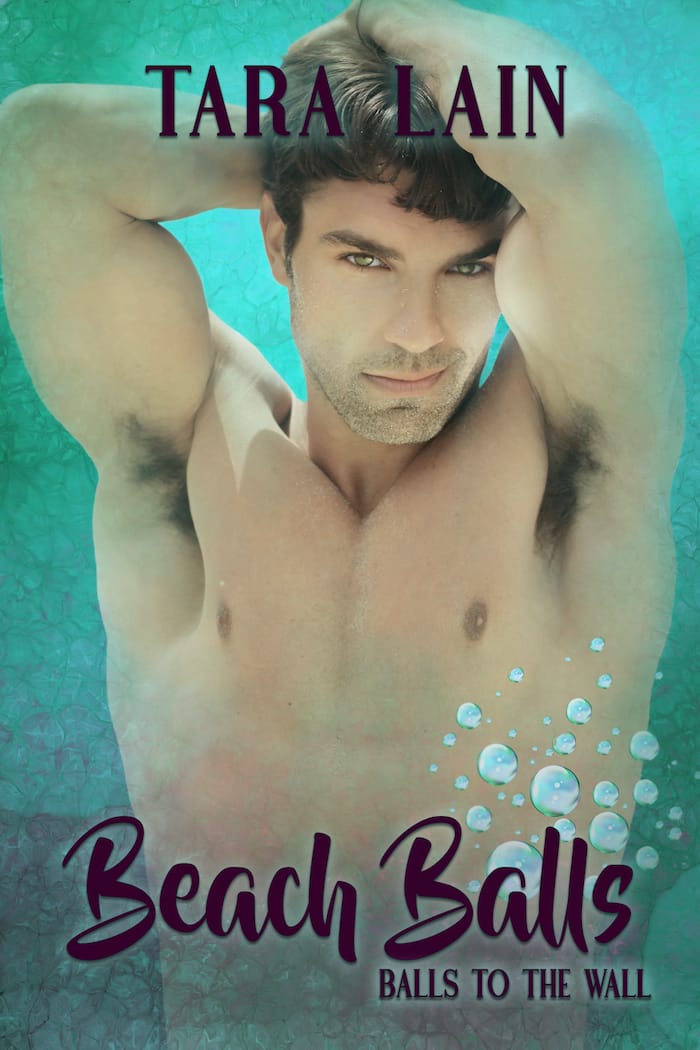 A Balls to the Wall Romance (Book 3)

Adam James is so far in the closet he could find Narnia. As an attorney for the homophobic WMA Development, he can’t come out without risking the million-dollar paycheck waiting for him once they push their big land development deal through the city council—money that will finally allow Adam to live according to his own terms. Then, on an early morning scuba dive, Adam meets a tall, lean rebreather diver named Sky who makes him want to hug a tree.

Sky Sea Mickeljohn stands for the environment, world peace, and being openly gay. He won’t compromise his principles for anyone—even the damned lying developer lawyer he can’t help lusting after. True, the WMA land development deal could put thousands of people at risk, but Sky still wants to risk his heart. In the fight between freedom and integrity, is there a place for love?

What People Are Saying About Beach Balls

This contemporary m/m romance is filled with sizzling encounters between two hunky males even as it gives an intriguing and delightful description of undersea diving and provides insight into the struggle between environmentalists and developers. It was lovely to see characters from the previous tales in this delightful series although disheartening to get yet another perspective on the obstacles that gay men have to navigate and the pressures that they experience regularly. Ms Lain pens a thoughtful and sensual tale and I look forward to reading more in the series.

With each ‘Balls’ story, I fall totally in love with Tara’s men and can’t imagine her coming up with better ones, but then she introduces new guys and I fall in love all over again. Adam and Sky are wonderful, sexy, handsome, gay, and good at what they do. The character growth they undergo during the story is phenomenal and adds a lot of zing, along with the ‘off the chart’ hotness of their sexual encounters. It’s not only a great story, but it’s also a reminder to never forget who we really are, because true happiness lies in being true to oneself. I highly recommend this story to any of you romantics out there who, like me, love a good, sexy story, full of angst, which has a happy ending. Thanks, Tara, for another fabulous story.

When they reached the sand, Sky stuck out his hand. Adam looked at it. The sun was nearly down, but if they were holding hands and ran into someone he knew, he couldn’t say he was just with a friend.

He sucked in a deep breath and took Sky’s hand anyway.

Sky glanced at him. “That seemed harder than it should have been.”

His hand stiffened. “Are you partnered?”

He relaxed. They walked a few more steps.

God, he actually wanted to tell this guy why. Adam wanted to pour out his whole story. The work, the clients. Even the family. But that was a crappy idea.

The narrow sand beach walled by high rocks opened to a small cove. Two runners jogged past near the water, but the area at the back of the cove was vacant with just the evidence of earlier sunbathers—flattened areas—on the sand. Sky led Adam there, then released his hand and sat.

Adam gave a quick thought to his very expensive slacks, then sat beside Sky, who nodded back toward Carly’s. “That’s why you’re at the party. Only chance you have to be gay?”

Adam nodded. He was chickenshit, and this guy saw it all. “Carly’s a good friend. He understands. Most of the guys are in similar positions. Not all. Some of them just like Carly’s mai tais. He’s kind of the lonely-hearts club for closeted business executives. He does it because he loves to party, and it gives him a lot of clout when the chips are down.”

“He knows where the bodies are buried?”

“Literally, but he never seems to take advantage of his knowledge.”

“Something like that. I guess you’re out and proud?”

The curls bounced. “It doesn’t come up much. I’m just gay.” Silence. “I appreciate you spending some of your precious gay time with me.”

Adam laughed, but Sky’s face was serious. He meant it.

Adam shrugged. “I don’t know why, I just like you.” He shook his head. “That didn’t come out well. I mean, there are lots of reasons to like you, but this isn’t quite my usual scene. Long walks on the beach. World peace. You know?”

Adam grinned. “I was afraid of that.”

The waves pounded, birds chirped, gulls squawked, breezes blew, the sun set. He barely paid attention to these things normally, but right now they seemed a part of Sky. Like his curls were one with the wind, and his eyes a part of the darkening horizon.

Poetry? What the hell did this guy do to him?

Sky looked at him. Adam felt the heat of his gaze and turned toward the angel face. Sky’s lips were barely parted. Full and wet. So beautiful.

He leaned toward Adam. Adam closed the rest of the distance.