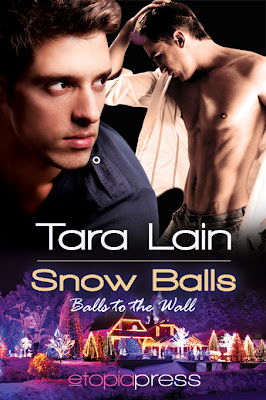 Hi everyone–
Okay, Snow Balls is released and it’s a bestseller on Amazon! It’s also doing great at ARe and Barnes and Noble. Thank you everyone for making it a hit! Now, let’s get serious about winning some stuff. This week, you have a chance to win:

Bottom line — a lot of prizes will be won. AND, there will be more after this week.
What do you have to do to win?
Simple– Just leave a comment WITH YOUR EMAIL on one or more of the blogs listed below as well as on this blog! Every comment will count as a separate entry. There are seven blogs including this one and 4 prizes so everyone has a great chance to win. Plus, you might win one of the special prizes if you attend those events. Remember, every comment counts as an entry.
Here is the schedule for this week — until the 15th when i do the drawing! 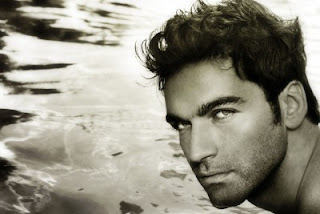 Here’s another little nibble of Snow Balls in case you haven’t read any of the excerpts yet! : )

Excerpt:  SNOW BALLS by Tara Lain; MM Romance — The Cop and the Creampuff
Available from Amazon  ARe
Big, handsome and hunky, JJ LaRousse looks like an alpha male but acts like an interior decorator. And he’s trying to be happy about it — until a robbery at the famous Laguna Winter Fantasy brings JJ face-to-face with tough cop, Ryan Star. JJ hears Ryan likes guys who are manly men, so he drops his voice an octave, colors over his pink hair, and tries to pass as a football fan. Ryan Star may be tough but he hides in the closet at work since he learned in New York that being a gay cop can cost you your life. His attraction to that big, handsome kid threatens his anonymity, but he can’t seem to resist. JJ is just his type. But then JJ goes skiing and comes face to face with his greatest nemesis– and all the secrets come out of the closet. Can Ryan love JJ for who he really is? More important, can JJ?
Two hours later, after walking through every grand room in the hotel, exploring the quaint village, and marveling at the amazing view, JJ followed Ryan into the famous Ahwahnee dining room. Holy vision of gay decorators, the place took his breath away. The polished stone floors supported two-story high walls made of rugged rock and polished timber. What must once have been real candle chandeliers now featured electric candles, but the charming, historic effect was the same. Each white-clothed table held one tall candle sconce with a pine bouquet at its base. Great fronds of evergreen decked the windows and made the place smell like holiday heaven. But no decoration could compete with the soaring windows. In the daytime, they looked out on the valley with its staggering majesty. Now, the low lights on the trees and the strands of holiday twinklers created fairyland. He wanted to write poetry.
They were shown to their table near the windows. JJ sat and looked down, trying to keep from crying.
“You OK?”
Get a grip, JJ. “It’s really beautiful.”
“You should see it at the Bracebridge dinner on Christmas Day. They turn the place into a seventeenth-century English manor and serve authentic food and sing carols. I managed to get a reservation last year. It was incredible.”
Ryan acted like a different guy in this place. It was easy to understand why. The hotel, the view. All transforming.
They both ordered the fixed price meal with JJ choosing the roasted chicken and Ryan taking the beef. The Caesar salad that came first melted in his mouth. Wow.
Ryan swallowed some salad. “You should see the valley in the early summer. There are waterfalls everywhere just tumbling down the rocks.”
“So it’s not just the skiing that you like?”
“No. I love it here. I could imagine retiring to a mountain top somewhere.”
“That’s a big change for a city boy.”
Ryan frowned. “Yeah, well I can live without that city.”
And the city had nearly killed him. JJ nodded. “It’s funny that you love this hotel so much, but you don’t, uh, do a lot of fixing up at your place.”
Ryan laughed and sipped his beer. He’d ordered wine for JJ. “You noticed that, did you? It’s funny. I like nice stuff, but I guess where I live never feels permanent somehow. It’s just a place to sleep.”
“That’s what most people say about hotels.”
“I’m the opposite. A great hotel is worth the price. The place I live? Just passing through.”
“The valley sounds beautiful in the summer.”
“Yeah. The hiking trails are great. And you won’t believe the views.”
Oh, JJ liked being included in that future tense.
“There’s a lot of interesting stuff in Yosemite that most people never see. Like in the fall there’s the tarantulas.”
JJ coughed and had to push his napkin against his mouth to keep from spitting lettuce across the table. “Tarantulas?”
Ryan smiled and nodded. “Yeah. There’s a ton of them here in the caves and stuff. In the fall, the boy tarantulas go looking for the girl tarantulas.” He shrugged while JJ tried to keep eating and to not look around the table for creeping arachnids. Holy shit! JJ did not want to hear more but Ryan was on a roll. “I don’t know. Maybe some of those boy tarantulas are looking for other boy tarantulas. But they go out for walks and you actually see them crossing the roads.”
JJ started to talk and it came out as a squeak. “Where, uh, where do they live in the winter?”
Ryan shrugged and finished the last of his salad. “Don’t know. Probably hiding out in the caves until the weather gets warm.”
JJ had to grip his hands tight to keep from fanning himself. Time to change the god-awful subject. “My, I do think those waterfalls sound beautiful.”
Ryan looked up and bobbed his fork. “You know what? They actually found a whole new kind of spider called a scorpion spider in the caves here at Yosemite. Isn’t that amazing?”
Throwing up was becoming an option.
******************
Thank you so much for coming by. I hope you’ll come and play with us this week! If you want to be on the mail list, it’s at the top of the right hand column. : )