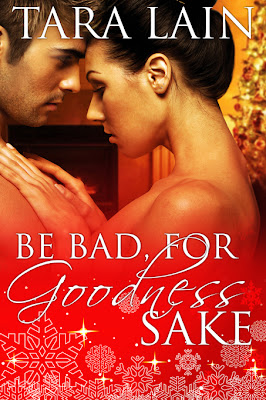 Hi everyone–
As i told you, i have written my first MF romance. It’s called Be Bad, for Goodness Sake and, as you can guess, it’s for the holidays. Here is the blurb and an excerpt. Enjoy!  : )