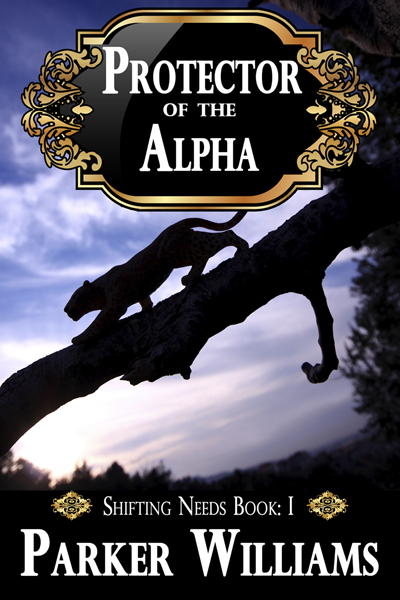 Enjoy this fabulous cover of the new book, Protector of the Alpha by my friend, Parker Williams. And be sure to enter on the Rafflecopter for that amazing T-shirt!

Parker Williams believes that true love exists, but it always comes with a price. No happily ever after can ever be had without work, sweat, and tears that comes with melding lives together.

Living in Milwaukee, Wisconsin, Parker held his job for nearly 28 years before he decided to retire and try new things. He enjoys his new life as a stay-at-home author and also working on Pride-Promotions, an LGBT author promotion service.

Connect with Parker on:

Adopted at an early age by a wealthy family, Jake Davis’s life appears easy. Even in college, he is blessed with good grades and an apparently clear path to a pro football career. Good thing his best friend keeps hanging around to keep his head from getting too swollen.

Zakiya Incekara has always been…odd. Being fluent in six languages and having a flair for international cooking should open the world to him, but those skills leave him isolated.

When Jake sees Zak for the first time, with water beading down his slender form, something inside him shifts, and it hungers for Zak. To have him. To claim him. And Jake knows that whatever it is, it won’t be denied. 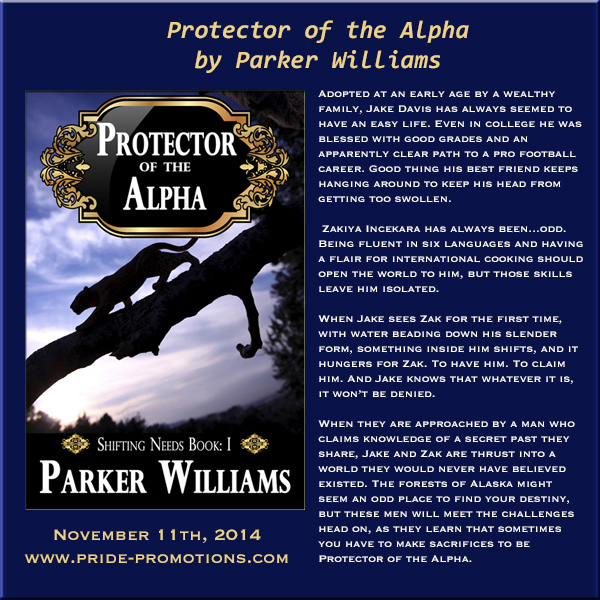 Jake’s hand was rough, his skin dry. Zak loved how his fingers gripped tightly, but not so much that it hurt. Jake said nothing as they walked along the streets of the campus. There were few people around, but Zak did not care if everyone was watching them. He was confused as to his attraction to Jake, but it was something he could not deny.

The soft jazz music poured from the door of the pub when Jake pulled it open. Jake’s hand on his lower back urged him inside. Zak sniffed appreciatively at the scent of Cajun spices, no doubt from the blackened catfish special. His stomach protested, and he heard Jake snicker, but he could not seem to raise the ire he should. Jake escorted him to a booth and allowed Zak to sit back against the brushed leather.

Zak gazed at Jake’s hulking form as it moved away, marveling at the sinewy grace as he dodged patrons and servers. It was odd. He had never met anyone like Jake. He doubted there was anyone like Jake. He felt comfortable in his presence. Jake’s size did not intimidate him. In fact, that made him all the sexier. But his eyes were what made Zak melt into a puddle of goo. The way they twinkled in the dimmest of light. When Jake so much as glanced at him, Zak felt he was the sole thing Jake saw.

Jake turned from the bar, and Zak watched as the bright smile turn into a sneer. He dropped the tray, the catfish crashing to the floor, before he stalked to where Zak sat. Jake grabbed a man, probably about forty, by his throat and pushed him against the wall.

“You don’t so much as breathe near him,” Jake snarled.

The man looked cool as he smiled and croaked out. “You are everything I had heard you would be, and more, my lord.”

Buy it at AMAZON